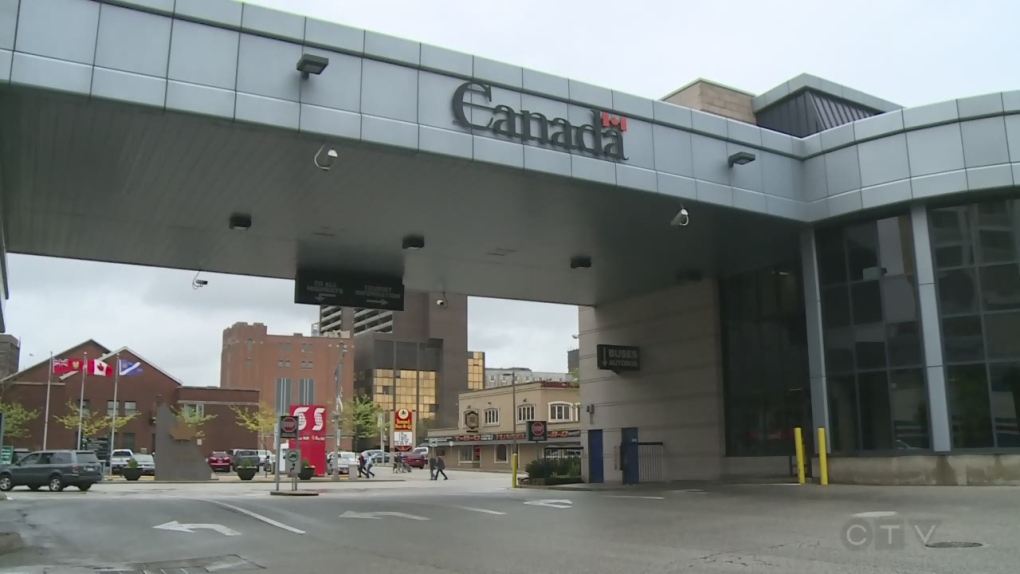 The Canada/U.S. border in Windsor, Ont. is seen in this undated CTV file image. (File)

WINDSOR, ONT. -- A recent survey shows the manufacturing industry is losing millions of dollars due to border issues.

The study, conducted by the Canadian Association of Mold Makers and its partners, aimed to identify border crossing issues during the pandemic that may be hindering the industry.

There were 39 companies that participated in the survey, many from the Windsor-Essex region.

The results show three-quarters of manufacturers lost business of at least $100,000.

While 40 per cent say they lost between $1 million and $5 million.

Seventy per cent of workers say they were turned away at the border because officers were unclear on the definition of essential businesses.

Mark High, president of the Canada-U.S. Business Association, says the border closure has not affected manufacturing transport, it’s the purchase of big ticket items that is proving to be difficult.

High is hopeful some restrictions at the border could be lifted by spring.

“More Canadian businesses are focused on the export market to the U.S. than vice cersa,” he said. “The market is so much bigger over here.”

Chariman Jonathan Azzopardi believes his company, Laval Tool, will lose 30 per cent of business because of cross-border issues.

Azzopardi says he will be meeting with border officials on Thursday to voice his concerns.

“You can’t argue it, that I think 85 per cent of the issues actually came from the Ambassador Bridge," he says.

Azzopardi tells CTV Windsor he’s not in favour of a wide open border, instead one that can open up responsibly.