This time it’s linked to the sports community and includes at least 32 confirmed cases.

WECHU says the cluster is centered around Central Park Athletics. The cases are linked to sports teams participating at the facility and school affiliates, including Corpus Christie and L’Essor.

There are 17 active cases and 15 cases have been resolved. The earliest onset date of the cluster was Nov. 22. 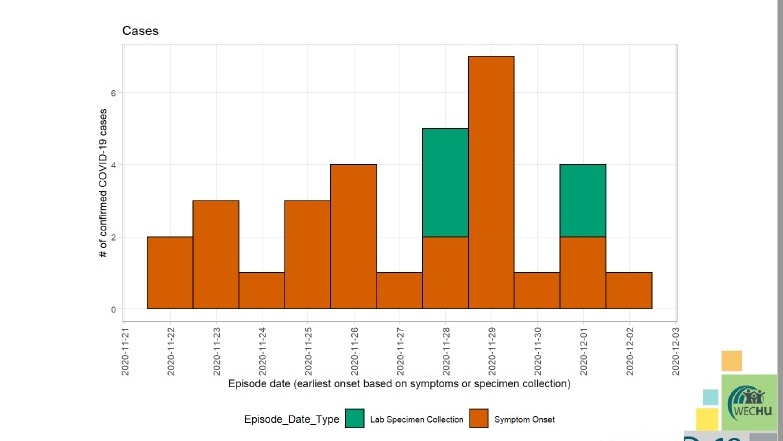 Windsor-Essex medical officer of health Dr. Wajid says they are highlighting how one case can multiple quickly in the community.

“People may not realize how a single innocent event may lead to that many cases,” says Ahmed. “All it takes is one index case to start spreading, which has resulted in 32 cases and in all different settings.”

Corpus Christi's sports academy is linked to nine cases. Ahmed says several cases were associated with a church and 14 cases were linked to 10 hockey teams.

The health unit says there was transmission between cohorts and teams. Seven schools have been impacted – three elementary and four secondary.

The people who have tested positive are between the ages of 10 and 19.

Under the red restriction zone, the facility is only allowed to have 10 people inside for recreational reasons and games are cancelled, but practicing is permitted. The health unit hasn’t made a move to stop that yet, but Ahmed says they will be soon.

“Stay tuned, we will be putting a stop to these type of hockey games or other games that involve many people coming together,” says Ahmed.

The region’s first community cluster was reported in August with at least 37 cases and the second surfaced in September linked to at least 20 cases.