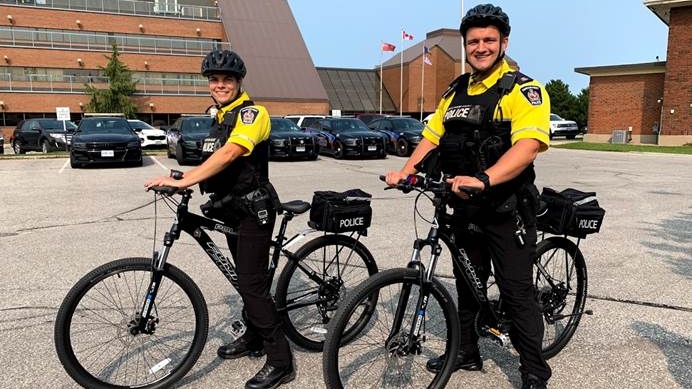 WINDSOR, ONT. -- Chatham-Kent Police Service is rolling in a bike patrol unit to patrol downtown areas and better connect with the public.

The Bike Patrol Unit comprises of 10 officers who have been specially trained to patrol areas of concern, a news release from Chatham-Kent police states. The unit aims to increase police visibility throughout the municipality and assist with engaging citizens and store owners “by getting officers out of patrol vehicles and connecting with the public.”

Police say the bike unit has been introduced as a way to “enhance public safety and to assist in mitigating complex social disorders often occurring in downtown core areas across Chatham-Kent.”

Bicycle patrol officers will also be in attendance at special events across the municipality and patrol nature trails or parks to provide a sense of security for those using them.

The bikes are fully outfitted with high visibility blue and red emergency lighting, police say. This will allow them to be deployed to support community patrol officers with service calls.