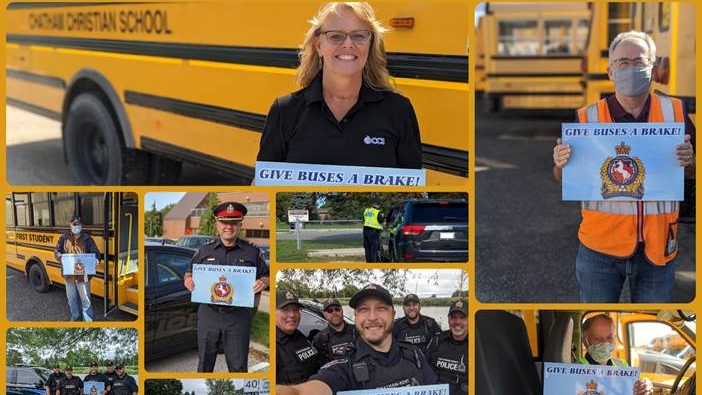 WINDSOR, ONT. -- Chatham-Kent police were cracking down on drivers in the first week back to school.

Last week, with the reopening of schools, the Chatham-Kent Police Service Traffic Management Unit conducted the ‘Give Buses a Brake’ safety initiative.

Police handed out 60 tickets during the five-day project.

As part of our #GiveBusesABrake initiative, 60 tickets were issued for Community Safety Zone offences and disobeying rules around school buses. Please slow down and let's ensure kids have a safe school year. @CKPSTraffic https://t.co/aOziRDU4Ku pic.twitter.com/uOL6AVWGfA

Officers say most drivers were charged with speeding through community safety zones. One motorist was charged with passing a stopped school bus with its flashing lights activated.

Police say the goal was to ensure the safe return of students to school after an extended summer break as well as reminding motorists to use caution near schools and when encountering school buses.