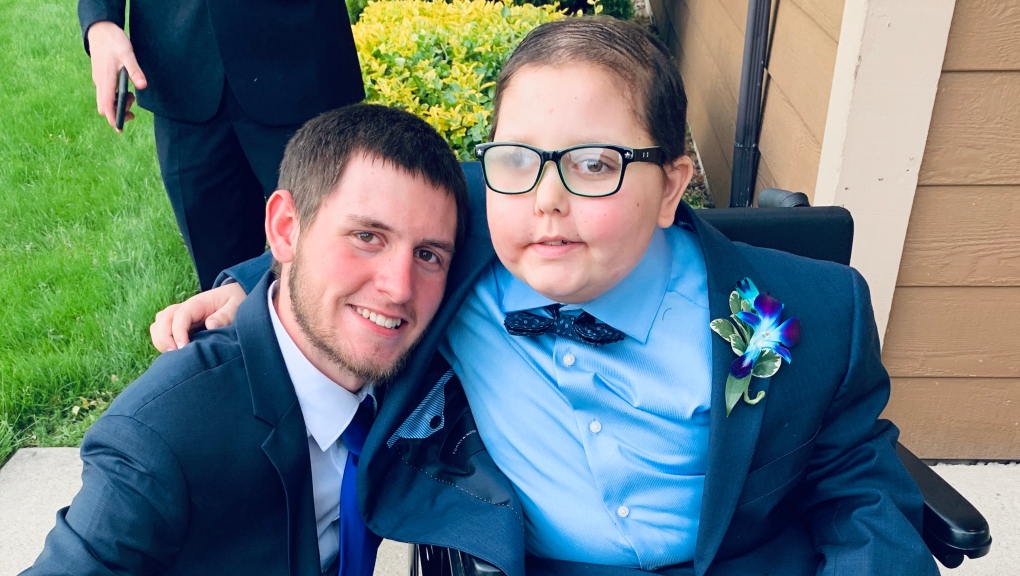 Bringing a younger sibling to the prom would likely be the last thing most teens would ever think of doing – but that is exactly what the older brother of Huntre Allard did.

CTV Windsor first introduced you to Allard in November 2018. The nine-year-old continues to battle stage four brain cancer and may not see a prom of his own.

Allard’s brother Austin is graduating from Western Secondary School in Amherstburg took Huntre to his class party on the weekend.

Huntre also returned to school at Our Lady of Perpetual Help in February, for a couple of hours each day, after undergoing three surgeries last August.

He continues treatment in Windsor and London.