Co-owner of 781 Erie Street, Randy Saccucci, believes a boutique hotel is just what the area needs to add to the area’s restaurants, café’s and proximity to downtown.

“We believe that this is the first boutique-style hotel, independently owned in Windsor,” says Saccucci.

Located at the corner of Erie street and Marentette, the building was originally zoned for apartments, but at Monday’s Development and Heritage Standing Committee meeting, rezoning passed to turn the 4-storey building to a 12-unit hotel.

“At the end of the day if the City of Windsor is going to grow, hotels are one of the things that are going to be needed. More tourists, more hotels,” says Saccucci.

If approved by council next month, Saccucci says the $8-million development will create dozens of jobs.

“When we first found out about it, we were really happy about it. it’s something we always wanted on Erie street, a nice little boutique hotel,” says Erie street BIA president Fil Rocca. 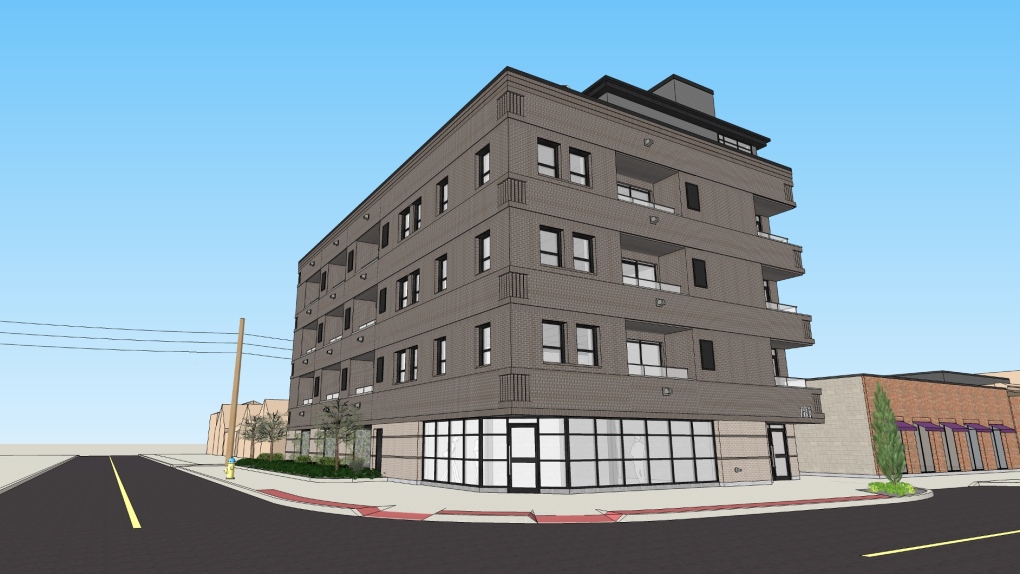 He says it's another reason for visitors to come to the area.

“I’ve been meeting with people from out of town booking weddings for 2022 and they are asking me already to book some rooms across the street. It’s going to be a great thing for Erie Street and Windsor,” says Rocca.

“We offer everything from five star to lower economy and now if this goes through a nice boutique hotel so that’s a very welcoming addition to the offering we have for accommodation in the region,” says Tourism Windsor Essex Pelee Island CEO, Gordon Orr.

Hotels, an industry hit hard by the pandemic, are looking at a slow recovery according to Orr.

Saccucci says each suite will have a full kitchen and its own balcony when they open. Completion is planned for January 2022.

“Although the apartments would have been rented and we’ve had a lot of inquiries about apartments. I think a hotel is going to suit the street and this corner a lot better,” says Saccucci.