Work set to begin on heritage centre in Essex, Ont. 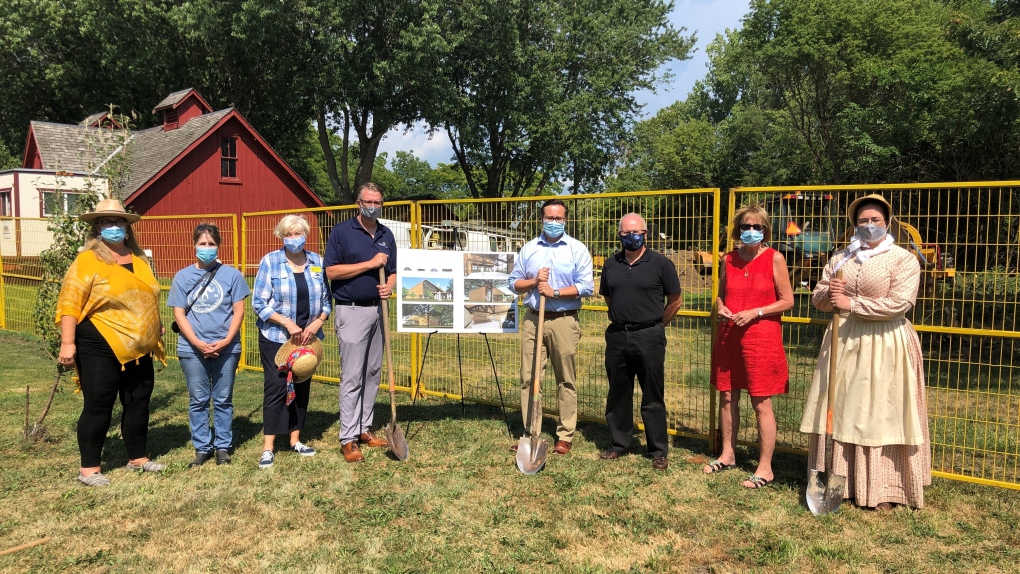 A groundbreaking ceremony was held for the new heritage centre in Essex, Ont. on Friday, Aug. 14, 2020. (Source: Essex Region Conservation)

LONDON, ONT -- There was a small gathering of dignitaries to help break ground for the new heritage centre at the John R. Park Homestead Friday.

The ceremony comes six months after the federal government announced a $600,000 grant for the project.

The centre will feature an adequate, climate-controlled creative commons for students of all ages, a significantly enhanced exhibit space, an outdoor classroom space and accessible and expanded washroom facilities.

A $100,000 contribution will create the Town of Essex Tourism Hub as part of the heritage centre.

Thanks to donations from dozens or supporters in the community, $1,050,000 of the $1.2 million campaign goal has been raised, with several more fundraising activities planned for the coming months.

“While we were forced to make radical and rapid changes to almost everything we do in these past months, what’s remained constant is the history that the John R. Park Homestead represents, and the community’s value of this special place. We are so grateful to the project’s many supporters who have helped this vision become a reality," said Coun. Sue Desjarlais, an Essex Region Conservation Authority boad member.