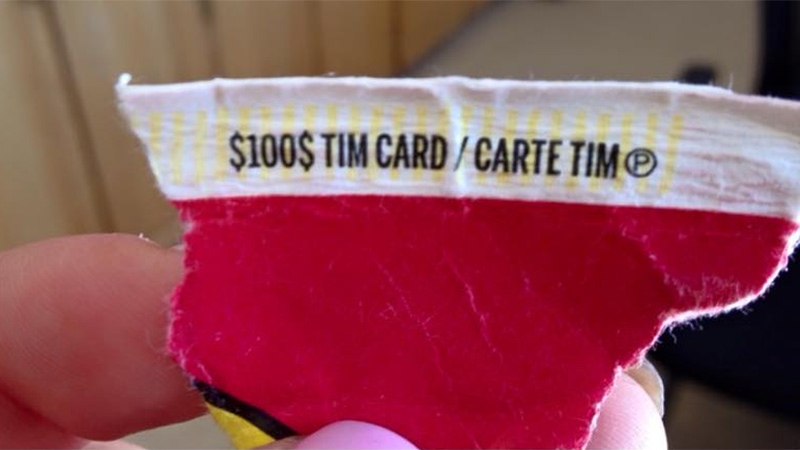 ST. JOHN'S, N.L. -- A woman who posted a photo of her prize-winning Tim Hortons cup on Facebook is speaking out after someone spotted the security number on the rim and claimed the $100 prize ahead of her.

And she says she can't believe one of her 900 Facebook friends would do that to her.

She says it all happened in the span of a half hour.

Soon after she posted the photo, she called the local Tim's outlet to get a winner's form -- but she was told it would be easier to claim the prize online.

But when she tried to register, she learned the prize was already gone, and a company official later told her the email address of the person who claimed the prize couldn't be revealed for privacy reasons.

On Monday, a Tim Hortons customer service manager contacted Coward to let her know that they would still honour her prize, and that the company would be investigating the incident.

With files from CTVNews.ca.