Woman in critical condition after fire at Parkwood Manor 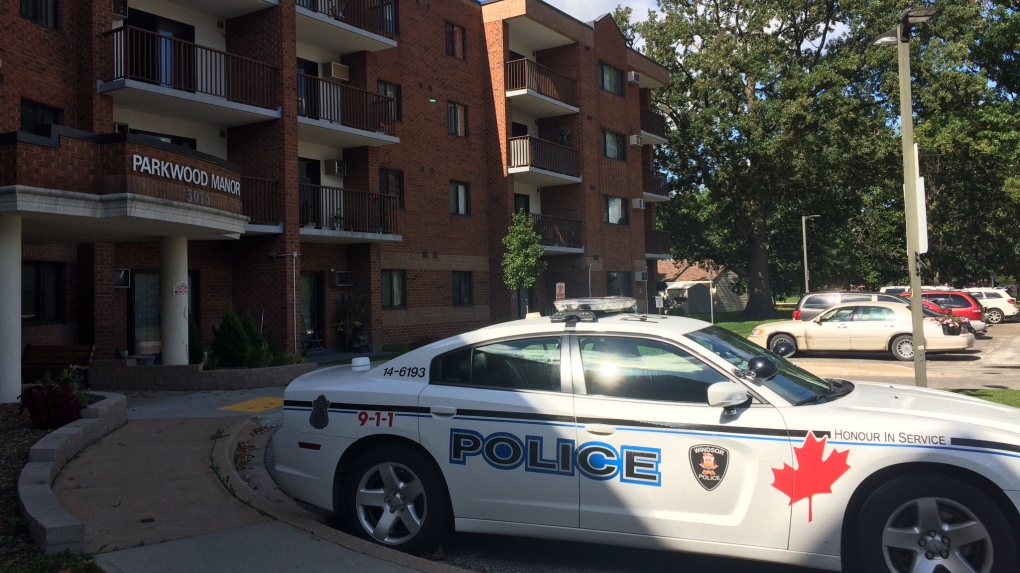 Police are on scene at the Parkwood Manor Seniors Apartment at 3015 Temple Drive in Windsor, Ont., on Monday, Sept. 23, 2019. (Stefanie Masotti / CTV Windsor)

A woman was taken to hospital in critical condition after an apartment fire, according to Windsor fire officials.

Officials say the fire started in a second-floor apartment unit.

Alan Girard, a resident at Parkwood Manor, says it was a chaotic scene.

"I was lying in bed trying to sleep, I heard the alarm go on so I got dressed. I had to go outside like everyone else," says Girard. "There was a lot of smoke when I walked out the door around 2 a.m. I was praying for that poor lady. Someone told me she got hurt."

The name of the victim has not been released.

Windsor fire investigators and Windsor police were on scene Monday with an investigator from the Office of the Fire Marshal.

Officials say the investigation will continue on Tuesday.

Temple fire, OFM investigators have arrived, preliminary investigation has started and investigation of the fire will continue tomorrow, status of resident is unchanged. *JL