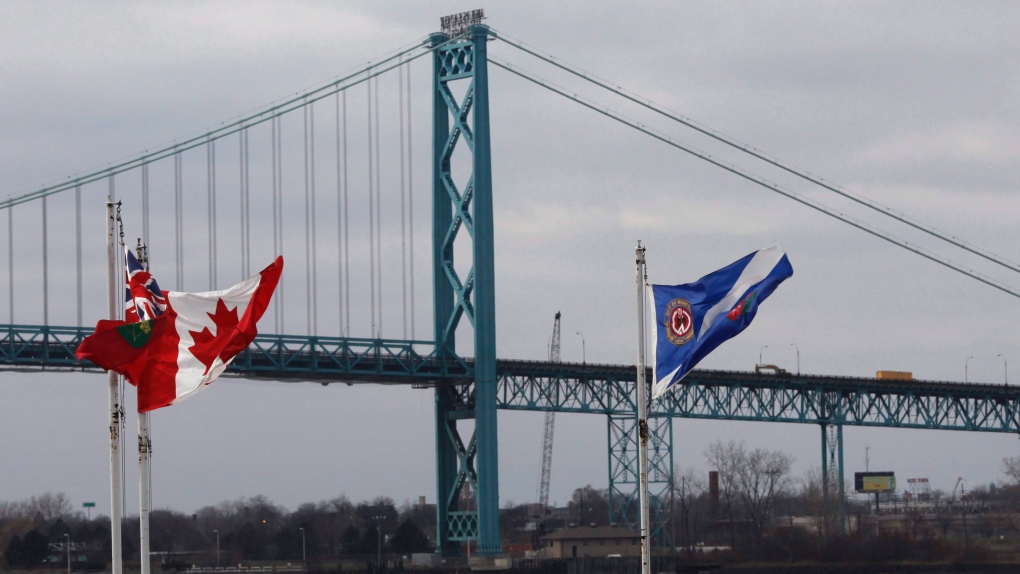 The Ambassador Bridge at the Windsor-Detroit inetrnational crossing is pictured from Windsor, Ontario on Friday November, 26, 2010. (Brent Foster / THE CANADIAN PRESS)

It's a guilty verdict for a woman from Lasalle, charged with smuggling guns across the Ambassador Bridge into Canada.

A judge in Windsor found 38 year old Michelle Ann Downey guilty of all 22 charges, including importing a restricted firearm and possession of a firearm with ammunition.

Downey was initially charged in April 2013 after border officers found three loaded guns, magazines and ammunition in garbage bags behind the glove box of her vehicle.

Downey had testified that she didn't know about guns.

Downey told the judge that she thought she was bringing in $4000 and was going to be paid $1000 for the trip.