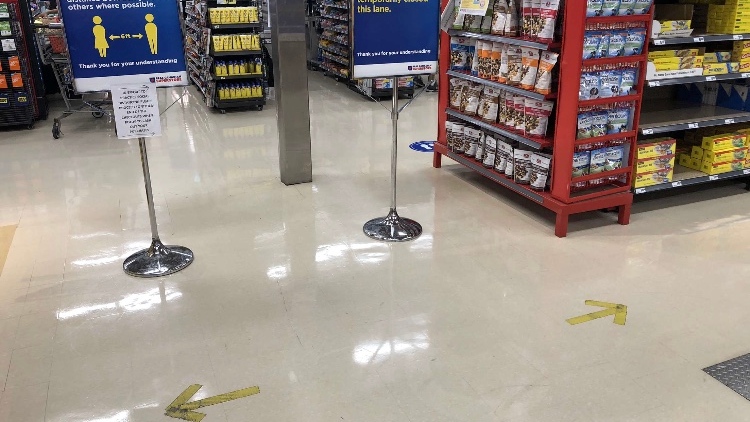 WINDSOR, ONT. -- Chatham-Kent police say a woman is facing charges after assaulting another shopper for not respecting social distancing rules at a grocery store.

Officers responded to a disturbance at a grocery store in Chatham on Thursday afternoon.

Through investigation, police say they learned the woman assaulted the shopper for not following the arrows on the floor.

Once outside, police say the woman noticed the victim was taking a photo of her vehicle and pushed a grocery cart towards her.

Britney Brideau, 29, of Chatham was arrested and charged with assault and assault with a weapon.

She was released pending a future court date of Aug. 14.