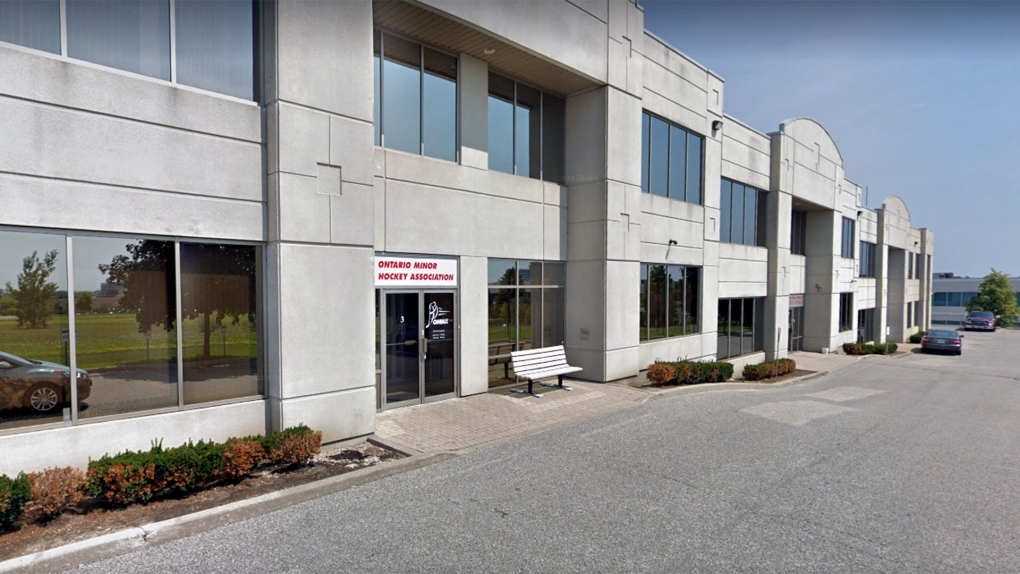 The exterior of the offices of the Ontario Minor Hockey Association is seen. (Google Maps)

RICHMOND HILL, Ont. - York Regional Police say they have charged a woman for allegedly defrauding a minor hockey association of about $2.4 million.

Police say they were contacted by the Ontario Minor Hockey Association last November for concerns that it was defrauded by an employee.

They say investigators discovered that the association's director of finance allegedly stole the money.

They say Jennifer Robinson, 45, of Georgina, Ont., was arrested on Thursday and faces numerous fraud charges as well as breach of trust.

Police say she was released on bail and is scheduled to appear in a Newmarket, Ont. court next month.