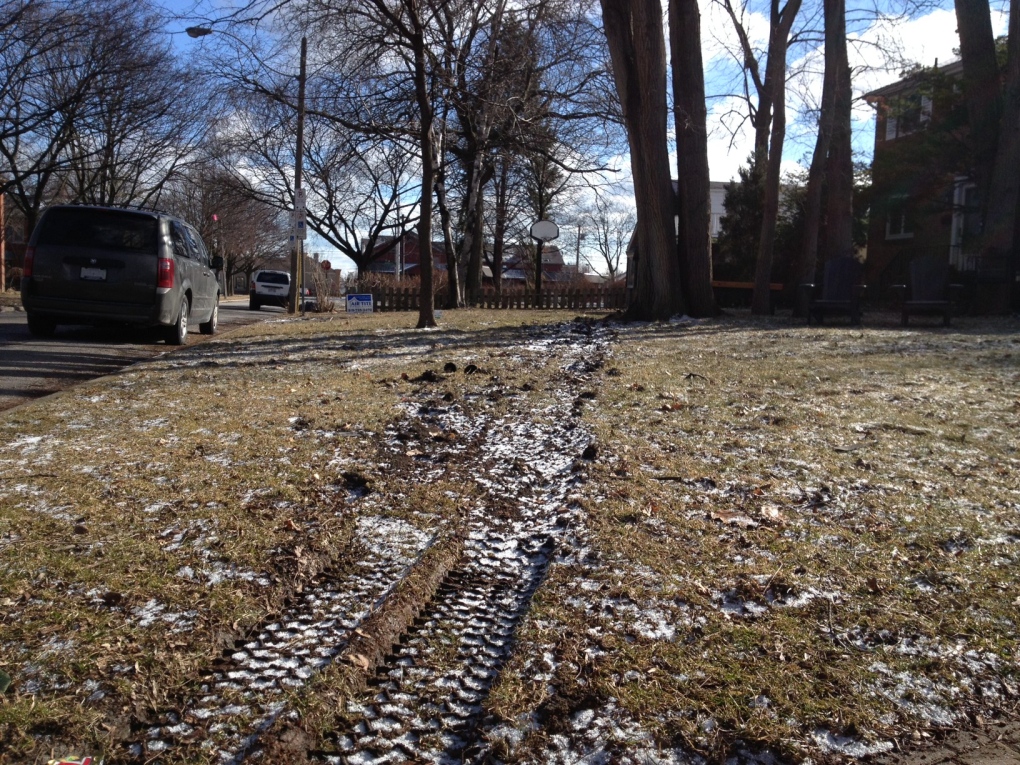 Tire tracks can be seen near Niagara Street where police say a minivan hit a vehicle and a tree, in Windsor. Ont., March 13, 2013. (Gina Chung / CTV Windsor)

A witness is being credited for helping police apprehend an impaired driver, who crashed a stolen minivan into a tree shortly after 9 p.m. Tuesday night.

The witness in the 2100 block of Niagara Street saw a Plymouth Voyager lodged between two trees after hearing a loud crash.

The person saw the driver revving the van to leave.  The driver was followed until he got of the van. The witness then gave the location to police, who arrested the 46-year-old man.

Officers say the van, reported stolen from London, was a write-off. Before the crash it side swiped another vehicle causing $2,000 damage.

The driver was taken to hospital for minor injuries and faces a number of charges including impaired driving and possession of stolen property.