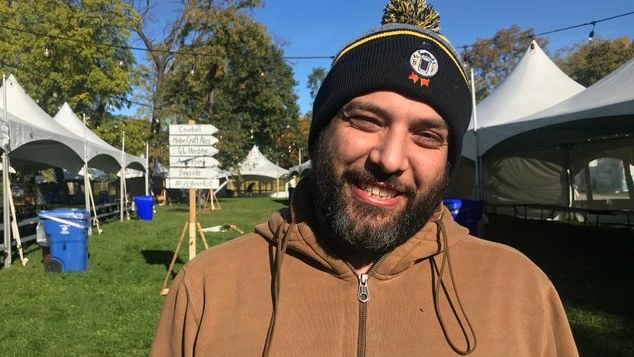 The Tourism Industry Association of Ontario has named WindsorEats as a finalist for the Sustainable Tourism Award which is presented to an organization or individual that has “made a viable and maintainable contribution to the practice and promotion of sustainable tourism in Ontario.” The Windsor-Essex business is in the running for its paperless ticketing, green measures at festivals, along with its partnership with the Essex Region Conservation Authority to offer a portion of sales toward planting new trees in the region.

The Culinary Tourism Leadership Award that WindsorEats could snag is presented to an Ontario organization, group or community who has worked on developing a destination through food, drink and agri-tourism investment.

“WindsorEats tells the story of Windsor-Essex through its food and drink, encouraging residents to frequent the locally owned establishments in their community while spreading the word outside the region for visitors to learn of the plethora of incredible hospitality and tourism offerings within the region,” a WindsorEats news release states.

The local business regularly initiates culinary and tourism events and spreads the world of local offerings to help showcase what Windsor-Essex has to offer.

WindsorEats has been nominated for the Culinary Tourism Event of the Year which recognizes an event or festival that shows a commitment to showcasing local food and drink products for “an authentic expression of Ontario.”

The business has been named a finalist in the event category for The Whiskytown Festival, a boutique festival that showcases Windsor as the “epicentre of Canadian whisky.”

“The initiative was developed using Windsor’s unique DNA, something that is unique to Windsor-Essex and celebrates our whisky history,” the release said. “The event helps develop and identify Windsor as the whisky capital of Canada, similar to initiatives conducted in Kentucky, USA.”

Winners of the awards will be announced at the virtual 2020 Ontario Tourism Summit Awards Gala on Wednesday, Oct. 28.