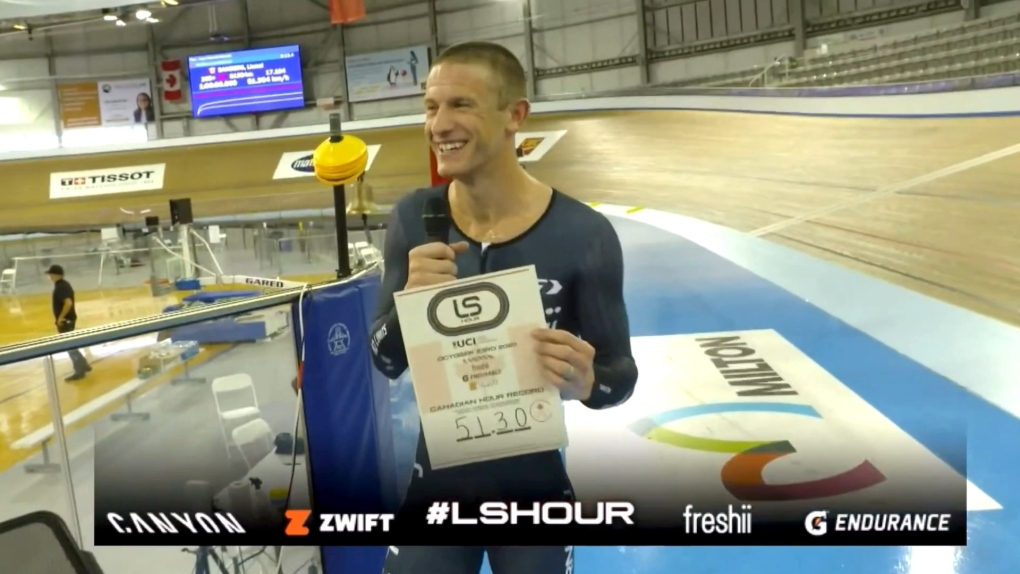 WINDSOR, ONT. -- Windsor-native Lionel Sanders can lay claim to a benchmark cycling record in Canada for the longest distance covered on a bike in an hour.

On Friday, in 60 minutes at the Mattamy National Cycling Centre in Milton, Sanders pedalled 51.304 km to set a new national record.

“That was a very, very painful experience,” Sanders said after his hour-long ride streamed on his YouTube channel.

Sanders topped fellow cyclist Ed Veal’s mark of 48.587 km, who was in attendance for the successful attempt.

Belgian Victor Campenaerts holds the world record for the mark at 55.089 km, set in 2019, and wished Sanders luck ahead of the attempt.

Sanders doesn’t expect his record to stand forever and in fact, may even have a crack at it himself again — despite letting slip he “wouldn’t be able to walk for a while” after getting off his bike.

“I hope some does,” said Sanders. “I hope someone does soon because it was quite fun and I’d like to do it again.”

While Ironman and other racing events have largely been put on hold because of the COVID-19 pandemic, Sanders hopes his attempt shows others despite a turbulent time — people can do whatever they set their minds to.

“I hope you go out and challenge yourself with something fun that gets you out of your comfort zone because it’s quite a fun experience on the other side,” he said.

The Windsor triathlete star had also held the fastest time for an Ironman-sanctioned long-distance triathlon course of seven hours, 44 minutes and 29 seconds, set in 2016. The mark was topped by British triathlete Tim Don by four minutes and six seconds.