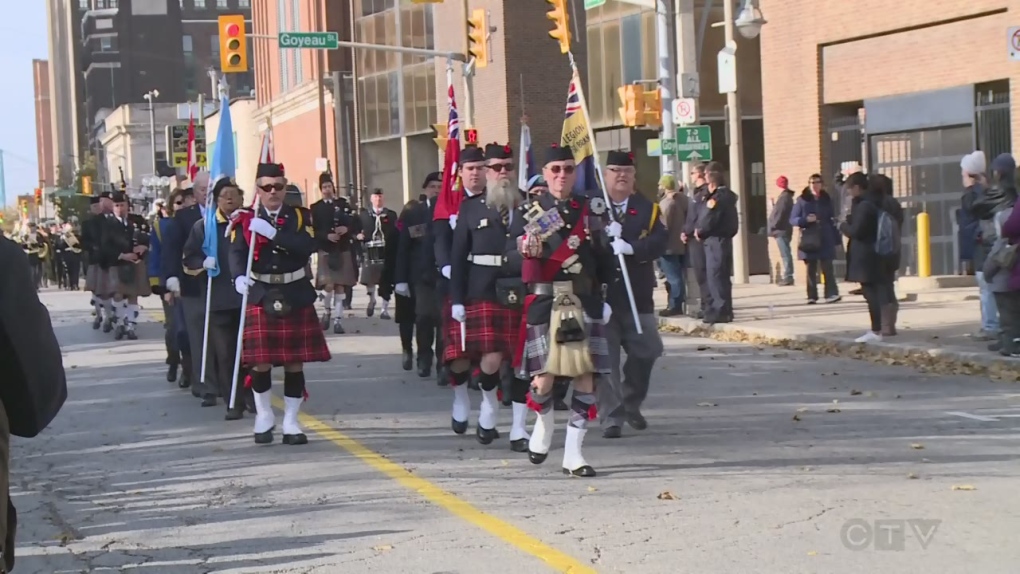 WINDSOR, ONT. -- The solemn ceremony that traditionally marks Nov. 11 is going to look different this year in Windsor.

There will be no children’s choirs, no massive laying of the wreaths and very few people gathered at Windsor’s Cenotaph.

“We can’t. We have to look at a different way of doing things,” says Paul Lauzon, the chair of the committee organizing the annual service.

But Mayor Drew Dilkens promises Remembrance Day 2020 will still be something to behold.

“Remembrance Day will look a little bit different this year, but rest assured we’re going to do everything to make sure that we celebrate the sacrifices of our veterans and honour those that have served in our military,” says the mayor.

Dilkens notes the ceremony will still be marked by poignant moments of silence punctuated with familiar musical interludes. The difference, he says, will be in the volume of people, expected to be counted in the dozens, not thousands.

“It will be as chilling and as moving as it is when you’re here,” says Dilkens. “We’re asking folks to stay home and watch it and stay away from each other in light of COVID-19 and the global pandemic.”

The city will instead live-stream the service — inviting only a small number of veterans. Organizers are asking the public to respect the many who went far and wide to protect us — by staying away Nov. 11 — to protect them.

“Obviously they’re in an age group where it makes them more vulnerable and susceptible to the effects of COVID-19,” says Dilkens, who noted police will be on hand to manage potential crowding.

“If they (veterans) show up, they’re welcome. It’s not going to happen on my watch that I tell a veteran he can’t show up to this event,” says Lauzon. “We’ll welcome him, we’ll protect him with the help of Windsor police.”

Dilkens reminds people Remembrance Day doesn’t need to be limited to a one-day event. To that end, the city is also asking residents to submit videos featuring stories of our veterans to the mayor’s office by email. Select videos will be played on their social media accounts leading up to November 11.

“We’re excited to share those stories about what Remembrance Day means and how veterans have served and sacrificed for our country,” Dilkens says.

The city will also help disseminate a live virtual performance by the Windsor Classic Chorale on Nov. 6.

Neighbouring municipalities, including LaSalle and Leamington, look to be taking a similar approach, hosting smaller, invite-only ceremonies. Other municipalities are looking to offer support to the area Legions, who typically host ceremonies in their respective communities.