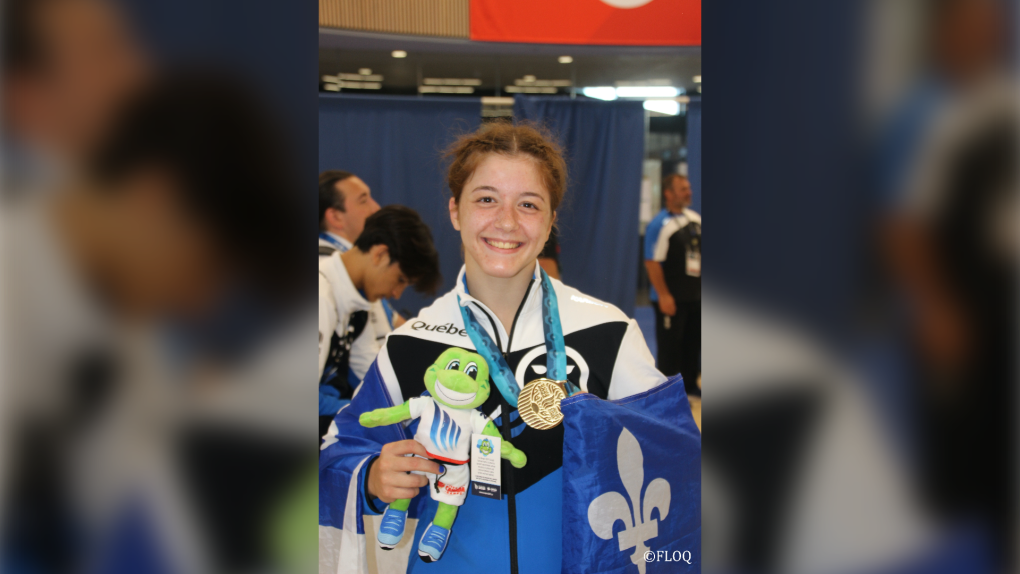 Nineteen-year-old Sophia Bechard is basking in her gold medal victory following a wrestling match at the Canada Summer Games in Niagara Falls.

"I was so relieved because I wanted this for so long,” said Bechard from her home, following her title win on Thursday.

“I set this goal for three or four years and to know that I achieved it was amazing."

The Holy Names graduate won the female 56 Kilogram Weight Class title for the province of Quebec, not Ontario, after moving to Montreal to attend Concordia University last year.

“I trained at L’essor Wrestling Club, and a lot of the alumni from L’essor went to Montreal to pursue post-secondary academics and athletics, and I thought it would be a great place for me as well.

Bechard said she was mentally ready for the competition, and she added it showed her where she is on the national level.

“It is going to help further my training, and further my preparation for nationals next year to hopefully I can represent Canada at the international level,” she said.

Still, Bechard said the training she received in Windsor has been the foundation for her success.

Five years ago when Bechard started high school, she said she wanted to enter a competition which was male dominant to prove to herself she could handle the challenge.

Berchard pointed out there were four or five girls who started with her but later it was just her.

She hopes her story will help inspire other young women to take on challenges.

“It takes a lot of determination and courage, but once you set your mind on something, you can do it,” Berchard said.

A day after post-tropical storm Fiona left a trail of destruction across Atlantic Canada and eastern Quebec, residents of a devastated coastal town in western Newfoundland learned of the fatality of one of their own.

A shocking video shows the devastating impact of post-tropical storm Fiona on the town of Isle aux Morts, N.L., as the sea overtakes land and scatters wood, tires and boats across the beach.

Despite warming temperatures, Arctic lakes are disappearing – here's why

According to new research, 82 per cent of the Arctic has gotten drier over the last 20 years and the reason why could come as a surprise.