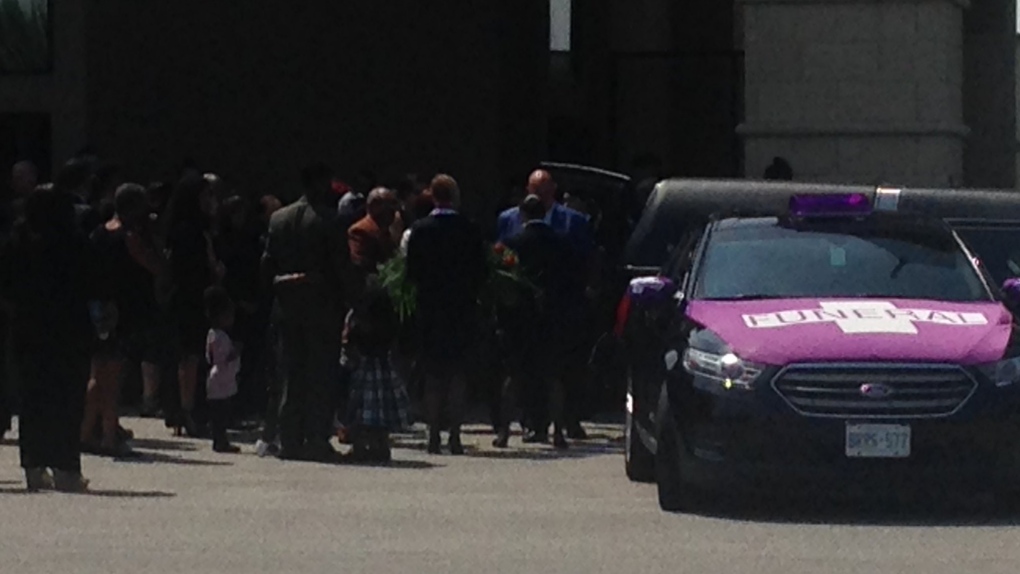 A large gathering at the funeral of Marcus Pierce in Windsor, Ont., on Friday, July 21, 2017. (Bob Bellacicco / CTV Windsor)

A large gathering at the funeral of Marcus Pierce Friday as the fallen teen was laid to rest.

The 18-year-old died late last week after he was fatally stabbed at an outdoor party in Belle River.

Roses were placed on Pierce's coffin in the hearse before he was brought to his final resting place on Friday.

A 17-year-old Lakeshore teen is facing a number of charges, including second degree murder.

He will appear in court for a bail hearing next Thursday.