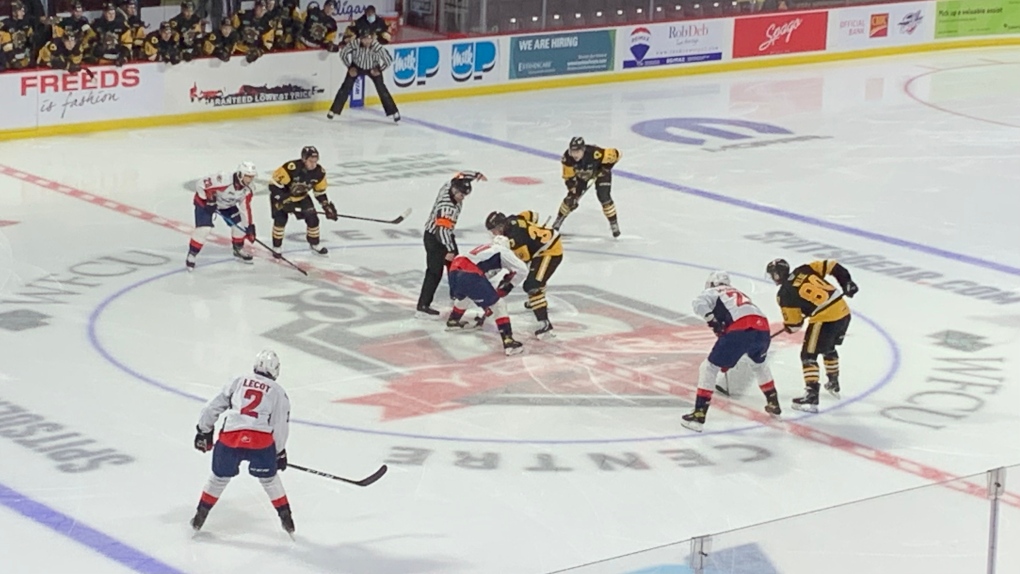 The OHL's Windsor Spitfires returned to the ice Sunday at the WFCU Centre, but this time, in front of a home crowd for the first time since the pandemic began in March, 2020.

About 1,000 fans had tickets for the game against the Hamilton Bulldogs, but recent provincial changes to indoor capacity limits could mean more fans at local games.

The province announcing Friday, arenas like the WFCU Centre will be allowed 50 per cent capacity, up to 10,000 people.

“We had to ensure they could do it safely and we did it in a staged and phased way, and we’ll continue to address other venues we’re holding back,” says Dr. Kieran Moore, Ontario’s medical officer of health.

Spits management will review Sunday’s experience and determine next steps this week. 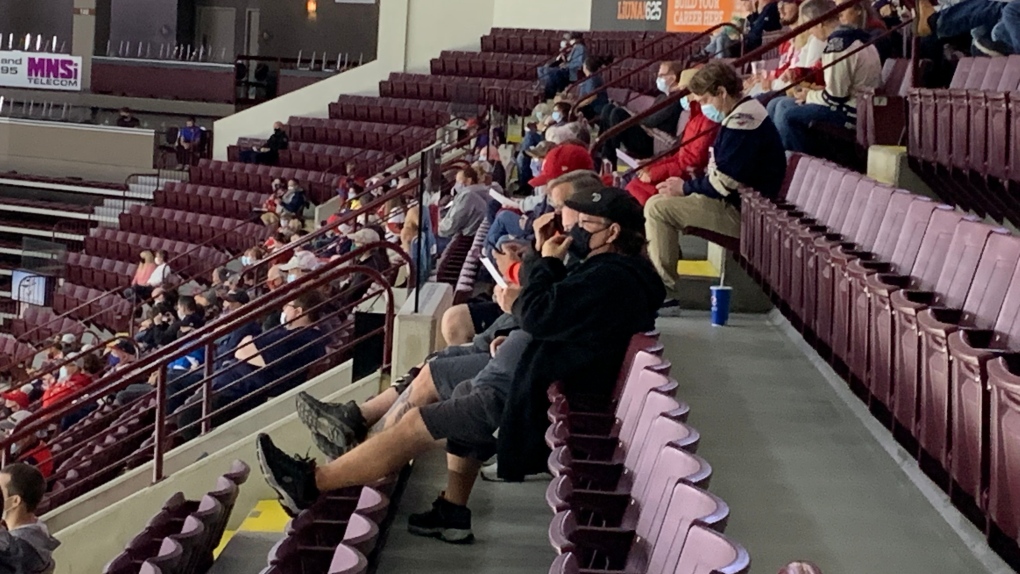 Fans taking in the Windsor Spitfires game at the WFCU Centre against the Hamilton Bulldogs on Sunday Sept. 26, 2021. (Rich Garton / CTV News)Convention centres and banquet halls across the province also got a boost for capacity limits.

But not all venues feel they’re getting equal treatment.

The Windsor-Essex County Health Unit has restricted local indoor events like wedding, to a maximum of 100 people and dancing only allowed between the marital couple.

The club hosted a wedding Saturday night — and while the bride and groom were happy, staff had to come down on a few guests for starting to dance.

“It’s not nice that we essentially have to police the event and indicate to people, sorry, you can’t dance, even if you’re by your table. Cause you want to dance, you just can’t,” says Moro.

Ron Moro says checking vaccine certification is another extra task they’re happy to perform, but would like to see monetary compensation from the government.

“That’s even more difficult for Windsor. We’re hoping they realize those rules don’t make a lot of sense and they need to change them of massage them,” Moro says.