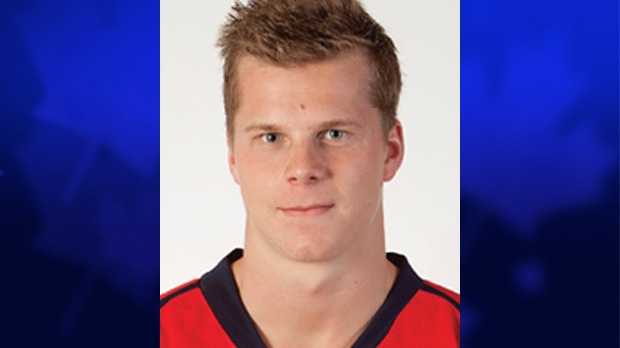 Windsor Spitfires player Ben Johnson is shown in this photo courtesy of windsorspitfires.com.

Johnson, along with defense lawyer Patrick Ducharme appeared in a Windsor court on Wednesday. He’s accused of sexually assaulting a 16-year-old female in March of 2013 at Mynt Night Club.

That trial is scheduled to go back before the court on August 15.

Johnson is also accused of sexually assaulting a 20-year-old female. That matter has not yet gone before the court.

He was selected by the New Jersey Devils in the third round, 90th overall in the 2012 NHL Entry Draft.He signed his first pro-contract in May.