WINDSOR, ONT. -- If you are a commuter in the City of Windsor, you know Windsor typically has two seasons: winter and construction.

This year’s tally of projects and value of large-scale works make 2020 a hallmark year for spending on road infrastructure.

“This has been a remarkable summer for road improvements in the city of Windsor,” says Windsor Mayor Drew Dilkens, pointing to a long list of major projects the city has accomplished already this year.

According to 2020 budget documents, council has invested $44 million on road work this year — a 73 per cent increase over spending in 2019.

“That we’ve made this progress in six months during a global pandemic is a testament to city council and administration’s commitment to improving the quality of life for our residents,” Dilkens says.

Residents will notice work has been completed on several long-lingering projects, including the grade separation and bike lanes along Dougall Avenue and the elimination of a notorious pinch-point at Dominion Boulevard and Northwood Street.

Work just wrapped up along a stretch of Huron Church Road that had commuters sharing a single lane with transport trucks for the bulk of the summer.

As these roadworks wrap up, another slew of projects are getting underway.

Among the 33 active projects, the city recently announced the reconstruction of E.C. Row Expressway, a $10 million job that has lanes reduced to one lane in each direction between Huron Church Road and Howard Avenue. 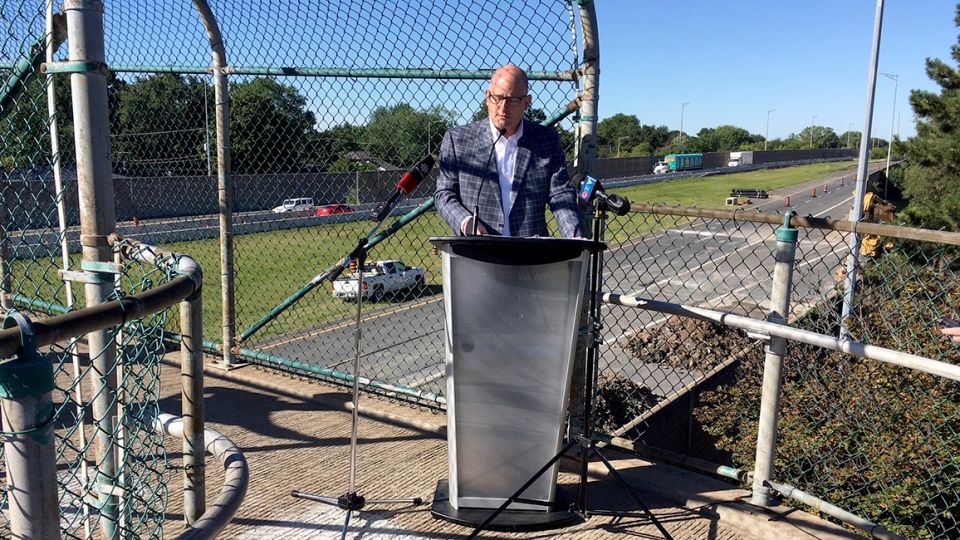 On Tuesday, the city announced the first phase of work on Banwell Road from Tecumseh Road to Palmetto Street, valued at $2.5 million. The roadway will be doubled in capacity and a sidewalk and multi-use trails will also be added.

Dilkens indicates it’s the beginning of $18 million in investments over the next decade along the busy commuter road, which sees 14,000 vehicles daily.

“Obviously there’s some short-term pain for commuters,” notes city engineer Mark Winterton. “But we ultimately appreciate their patience and know that it’s for the best for our infrastructure.”

The city’s infrastructure deficit tops $300 million, with 20 per cent of roads currently listed as “deficient.”

“If that money comes at a time when a global pandemic when the federal government is looking to increase the spend on infrastructure, this city is in a much better position to realize additional funding and support from those levels of government,” Dilkens says.

Work is also ongoing at the Dougall Avenue and Cabana Road intersection and gas line work on Cabana Road West from Dougall to Mount Carmal Drive is scheduled to wrap up on Sept. 18.

A number of smaller projects on side-streets, which also include water main and sewer work, are also ongoing.

“It’s full steam ahead for designing and bringing our projects forward and approve the projects that were approved in our 2020 budget,” says Winterton.