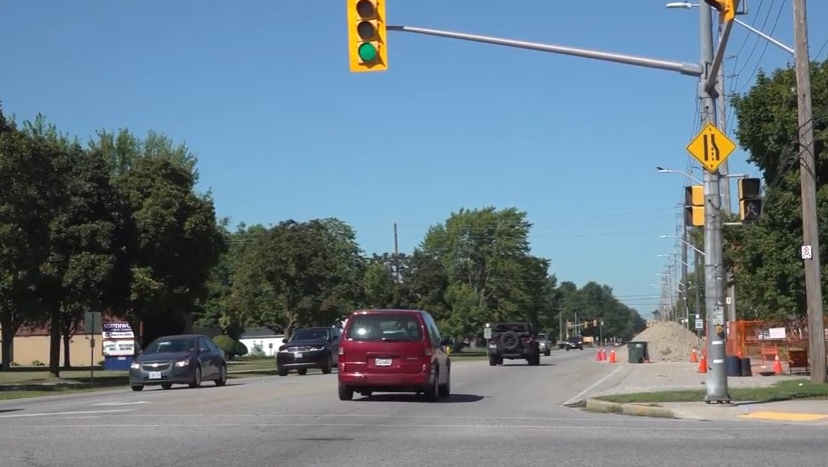 WINDSOR, ONT. -- The City of Windsor is investing $46 million on Cabana Road improvements, including enhancements both east and west for passenger vehicles, cyclists and pedestrians.

As the only continuous east-west arterial roadway in South Windsor, city officials say the reconstruction of Cabana Road was identified as a priority in both the Windsor Area Long-Range Transportation Study and the Bicycle Use Master Plan.

“Connecting St. Clair College in the west, with the airport in the east, with retail, residential in between, Cabana Road is now a major thoroughfare for our entire community,” said Windsor Mayor Drew Dilkens. “I’m proud that our council has prioritized continued investment for expanding infrastructure, which creates vibrant, healthy communities.”

Council approved a budget of $46-million for multi-phase improvements to the Cabana/Division Corridor.

On Friday, Dilkens and city engineer Mark Winterton provided public updates on the progress to date and what happens next in Phases 3 and 4, which will see work from Dougall Avenue to Highway 3 that is similar to the work completed in Phases 1 and 2.

By 2025, Cabana Road will be widened to four traffic lanes, featuring more than six kilometres of bicycle lanes and sidewalks in each direction, from St. Clair College to the Windsor International Airport.

Improvements to date include the following:

All businesses in the affected area will remain open with access from the roadway.