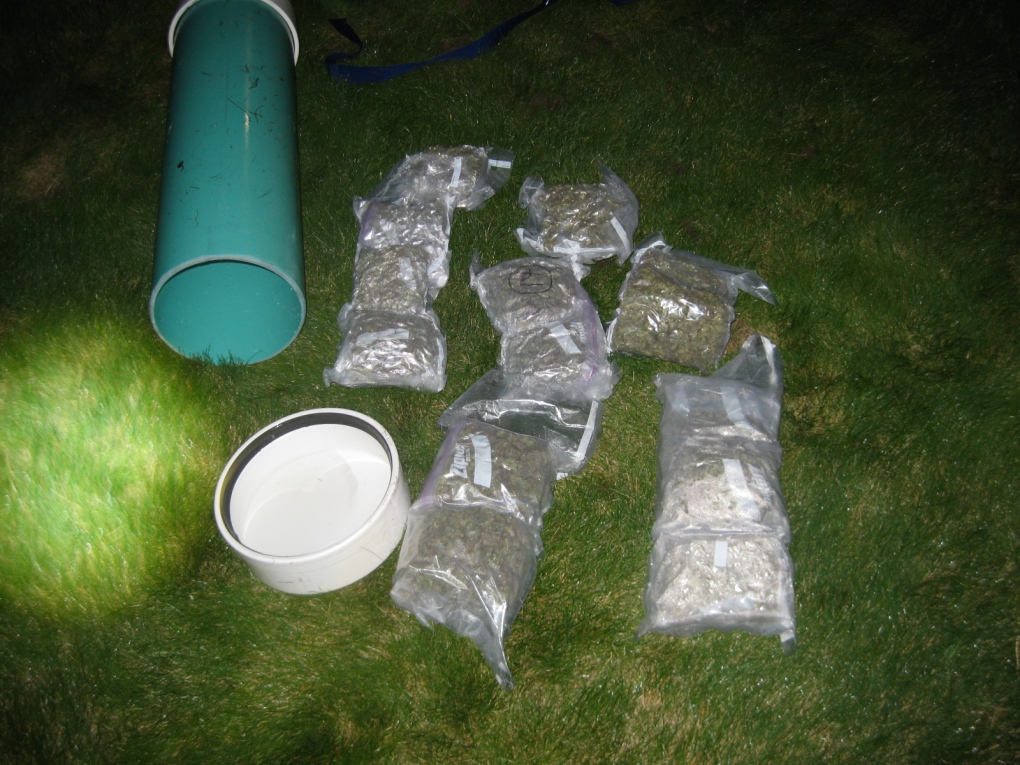 U.S. Customs and Border Protection released this photo of marijuana smuggled across the St. Clair River.

U.S. Border Patrol agents arrested a Canadian man for attempting to smuggle marijuana into the United States after crossing the St Clair River in a scuba suit.

The Saint Clair County Central Dispatch notified the agents around 1 a.m. on Monday about an individual swimming across the Saint Clair River near Marine City, Michigan.

A Remote Video Surveillance System at Selfridge ANGB found the individual and told agents on the ground that the he appeared to be pulling a dry bag behind him.

Border agents apprehended the man after he left the water near Marine City wearing a scuba suit. Agents say they also found a large water tight PVC cylinder tied to a seawall ladder that contained over eight pounds of marijuana.

The individual and case was turned over to the St. Clair County Drug Task Force who has accepted the case for prosecution.