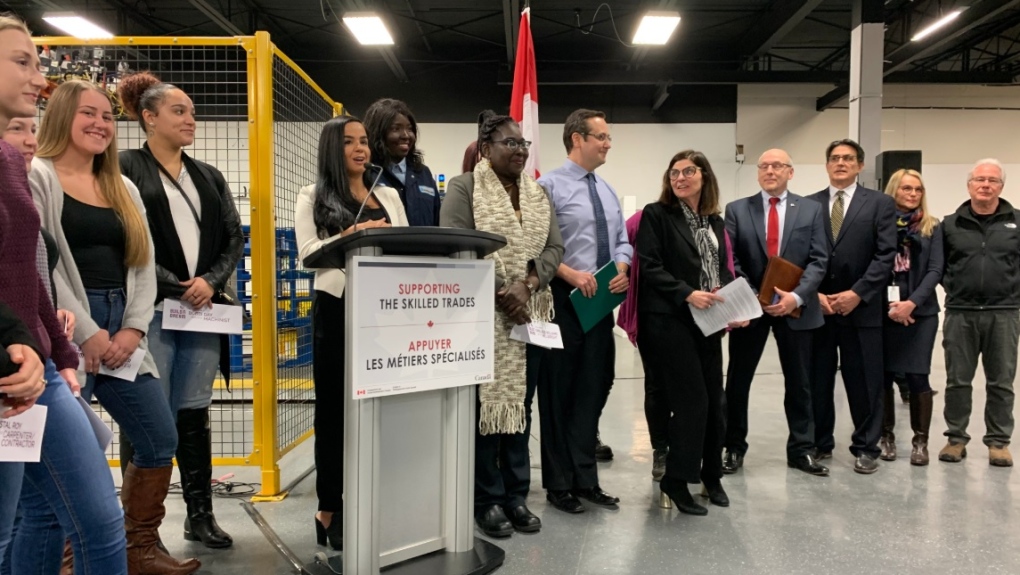 WINDSOR -- Windsor's ‘Build a Dream’ is getting $728,000 dollars from the federal government.

The announcement was made Thursday at Valiant TMS.

"The work that Build a Dream is doing – and similar efforts by organizations across Canada – are making success a reality for so many young people," remarked Minister of Labour Filomena Tassi, making the announcement alongside Windsor-Tecumseh MP Irek Kusmierczyk.

The money will be used to attract female high school students to careers in the skilled trades industry.

The president and founder of Build a Dream, Nour Hachem-Fawaz, says upwards of 10,000 people have attended build a dream events since 2014.

And 82 per cent of students agree they're more likely to get into the skilled trades based on the programming.