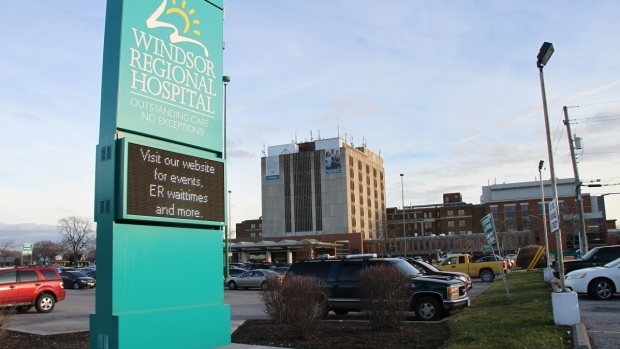 At the last meeting of the Windsor Regional Hospital’s board for 2022, December projections paint a cautiously optimistic picture of the local healthcare system’s capacity.

While both campuses still remain over 100 per cent capacity, Met campus at 102 per cent, Ouellette Campus at 103 per cent, they’re better off than they were in November, as the so-called perfect storm of respiratory illness hit.

“It’s still very, very busy in the hospital and we’re not expecting to get a break,” she added.

In fact, officials say the opposite is expected.

Though projections optimistically have RSV cases trending downwards and influenza cases levelling off in the weeks to come, a spike in COVID-19 cases is expected in early January.

Hospital CEO David Musyj said holiday events and gatherings have been shown to lead to greater transmission, which lands more people in hospital.

Health experts recommend hand washing and mask use if you’ll be around people.

Musyj suggested to avoid large gatherings if you can - but this time of year they may be unavoidable.

“I don’t want to say stop everything but be cognizant of the fact that we’re not out of the woods yet,” he said.