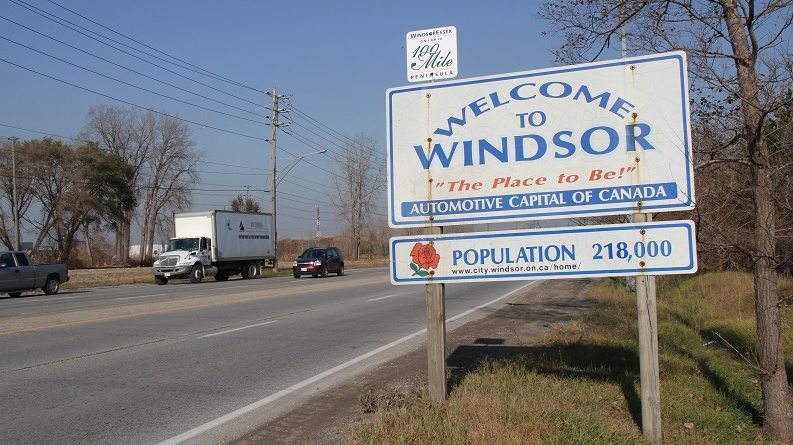 A Welcome to Windsor sign is seen in this file photo in Windsor, Ont. (Melanie Borrelli / CTV Windsor)

According to the Canadian Centre for Policy Alternatives Windsor has some work to do in regards to being a welcoming place for women.

A study done by the Centre has ranked Victoria as the best city to be a woman in Canada, while Windsor, rated last among the country's 25 largest metropolitan areas.

The main reasons are women in Windsor have the lowest rate of employment (53 per cent), and the highest levels of poverty (24 per cent) among the communities listed in the study.

Nathaly Espinoza tells CTV Windsor “they always pick guys over me, it is unfair” when describing her experience in searching for a job.

Daniela Medina adds “I just wish it was better, being a woman.”

Espinoza and Medina are originally from Venezuela. Although they don’t regret having moved to Windsor, both women have struggled to live the Canadian dream with a steady, long term job.

There are some positives in the report. Windsor ranked 12th in the category of personal security, citing fewer cases of sexual assault and domestic violence than other big cities in Canada.

The study also found the number of women in Windsor with a college diploma is above average.

London ranked third overall in the study, just behind Kingston, and a head of Quebec City.

The Centre ranked the cities based on gaps in men and women's access to economic security, personal security, education, health, and positions of leadership in Canada's biggest cities.

Here is a list of the cities ranked in the study: