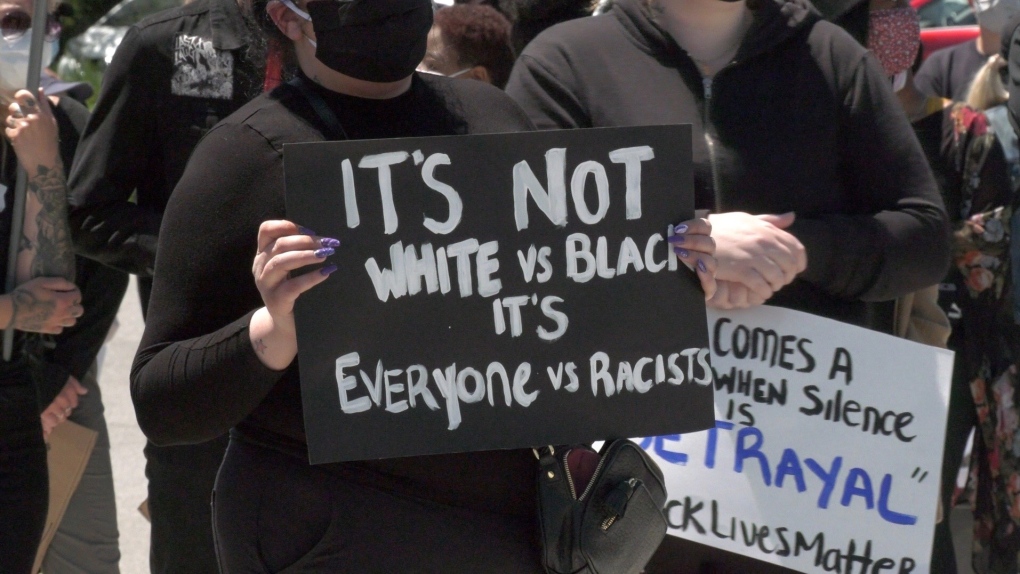 WINDSOR, ONT. -- The efforts to flatten COVID-19 were put to test Sunday afternoon.

Hundreds of protesters were along Windsor’s riverfront, honour George Floyd, an American killed in Minnesota after an officer knelt on his neck for nearly ten minutes.

This comes as health officials continue to promote physical distancing in public places of no more than five people.

“The principles we have to follow are in place. We still have to observe social distancing,” says Chief of Staff at Windsor Regional Hospital Dr. Wasim Saad.

Some protesters who took part were wearing masks. Others were not.

“If we have one or two people who are infected and in a mass gathering regardless of where it is, there’s always a risk that’s going to spread the virus further in our community,” says Saad.

This could result in busier emergency rooms, and using up more emergency resources, according to Saad.

“It has an effect on how quickly we open up our operation rooms, our surgical services. I mean it has impacts all the way through.”

No major issues were reported during the protest.

Windsor police made no arrests.

“We had officers in and around the area during the event and even officers on the waterway,” Sgt. Steve Betteridge tells CTV Windsor.

There is no word on if another protest will planned.