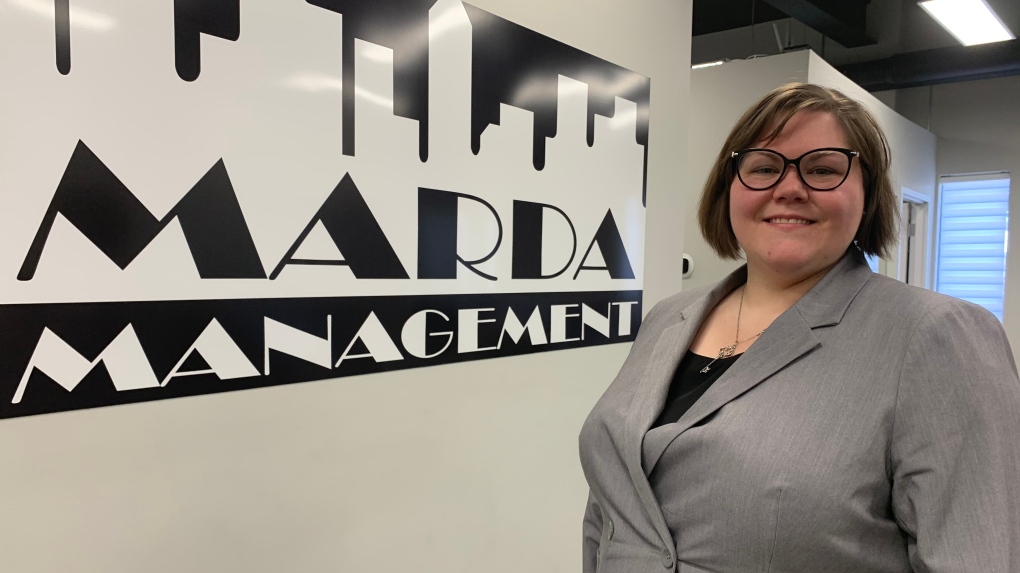 WINDSOR, ONT. -- A Windsor-based property management company has acquired another firm with a specialization in condominium management with its eyes set on growth of both future clientele and its workforce in downtown Windsor.

Marda Management was founded in 2010 by Marla and Dale Coffin and moved its headquarters to the corner of University Avenue and Oak Street in 2017.

At the beginning of January, the firm acquired Huron Shores property management, along with it’s 600 managed units. Marda Management now oversees thousandS of properties and roughly 2,300 units from Windsor to Chatham.

Coffin says the growth has been spurred along by Windsor’s hot housing and rental market, which has very few listings and vacancies and many interested investors from out of town.

“They want an investment, they don’t want a job,” says Coffin. “So essentially, we’ve been able to represent them and make sure they have a viable business model here in Windsor.”

“If you bring people downtown, essentially that page will start to turn and I believe this is really a crossroads or a tipping point to being able to make that happen for our downtown region,” says Coffin, who feels the area is primed to take off, right at her office’s front doorstep.

“We anticipate in the next five years, there will be hundreds of available new builds here on the University Avenue corridor with the Graffiti project, the old Grace Hospital site and lots of projects in the surrounding area,” she says.

Downtown councillor Rino Bortolin agrees that momentum is picking up — potentially transforming the sparse street into a vibrant corridor.

“I think people are finding it more and more important to not only be downtown but also be part of the revitalization effort of being downtown,” Bortolin says.

The Ward 3 councillor points to planned roadway improvements and the pending community improvement plan for the area as key to stimulating growth. But that only works if people want to live, work and visit the destination, Bortolin says.

“So many good things are happening in this neighbourhood that bringing people in to work in the neighbourhood will compliment it so much,” says Bortolin. “And it really lends to building a critical mass of people.”

It’s a mutually beneficial scenario for Coffin, whose business stands to see growth as more residential condo buildings enter the planning pipeline, but also the community at large.