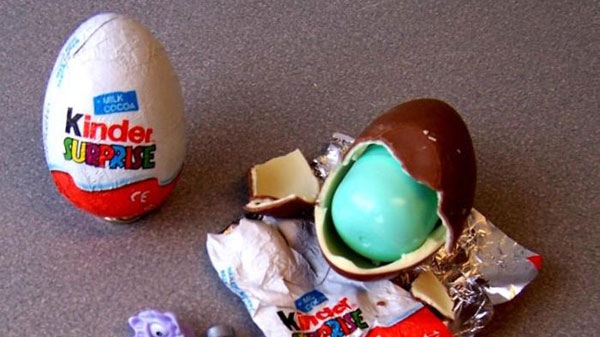 Two people have been arrested after Windsor police say Codeine and Percocet tablets were found inside a Kinder Surprise egg while executing a search warrant.

Police searched a home in the 400 block of Wyandotte Street West on Wednesday around 11:15 p.m.

Officers searching the residence say they found the painkillers hidden inside a yellow Kinder Surprise egg.  Police also seized a black film container with 218 Diazepam tablets inside, a functioning scale and packaging materials.

The suspects face several drug-related charges. Both were released on a promise to appear in court.