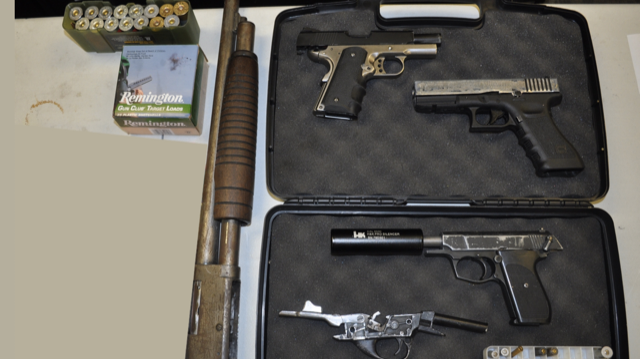 WINDSOR, ONT. -- A Windsor police investigation into the suspected possession of illegal guns has resulted in multiple charges for a 23-year-old man.

The Windsor Police Service Drugs and Guns (DIGS) Unit launched an investigation and identified a suspect and involved residence and vehicle.

Around 1:15 p.m. Monday, police located the suspect in the 2700 block of Lynngrove Court where he was arrested without incident.

Officers from the DIGS Unit applied for and were granted search warrants for the Lynngrove residence as well as suspected vehicles.

The warrants were carried out at around 10:15 p.m. when officers found and seized three imitation firearms, a partially sawed off shotgun and various types and amounts of live ammunition from the home.

Police have arrested a 23-year-old man from Windsor who now faces the following charges: