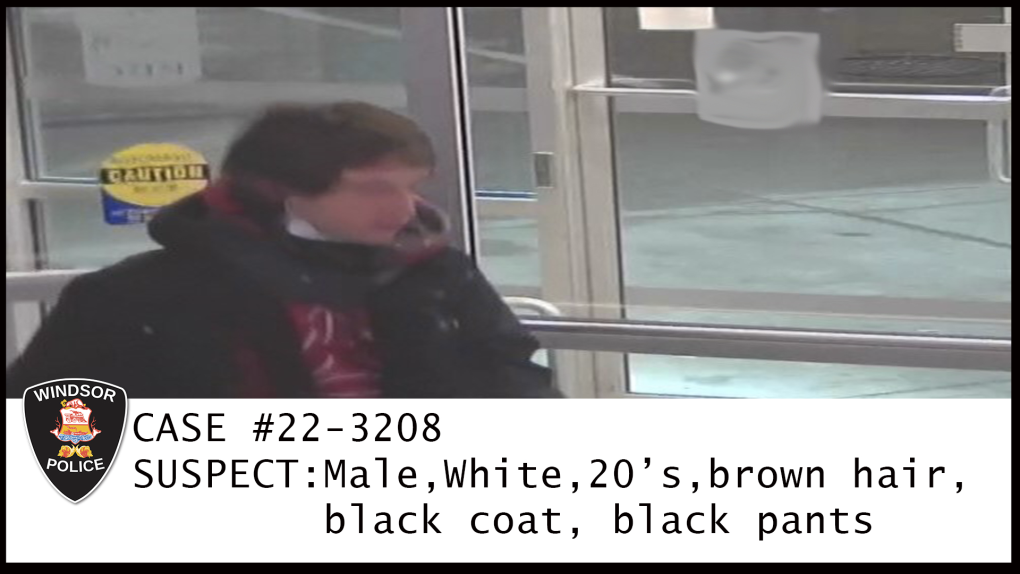 The Windsor police arson unit is looking to identify a suspect who was caught on surveillance footage allegedly intentionally setting fire to a downtown business.

Officers responded to a business in the 200 block of Ouellette Avenue around 12:25 a.m. Thursday for a report of an active fire.

Police arrived and Windsor fire crews were on scene working to put out the blaze.

There were no injuries reported as a result of the fire, but the business suffered damages, police say.

Officers believed the fire was intentionally set following an investigation. The area was then held as a crime scene and the Arson Unit attended to investigate further.

A suspect was captured on surveillance cameras and investigators are asking for any information that may help them to identify him.

Police are asking anyone in the area with surveillance cameras to also check their footage for possible evidence.

The suspect is described as a white man in his 20’s with brown hair and has a medium build. He was wearing a black winter coat with a hood and black pants.

The rapid growth of a long-burning forest fire in central Newfoundland has triggered a state of emergency in the area and the expansion of an outdoor fire ban to the entire province.

Hope for 'significant change' in all of sports following Hockey Canada board chair's resignation: lawyer

The recent resignation of Hockey Canada's board chair could be a sign of further departures to come, says Simona Jellinek, a sexual abuse and assault lawyer.

Heat warnings still in place for several provinces across the country

Summer of heat waves: A list of some temperature records broken in Canada this year

Canada's summer of heat waves continues this weekend, with warnings issued in four provinces. CTVNews.ca looks at some of the heat records broken already this year in Canada.