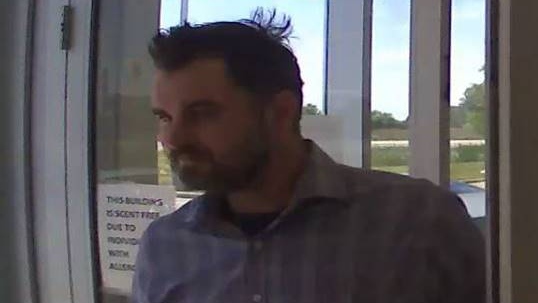 WINDSOR, ONT. -- Windsor police have released a photo of a suspect in relation to a fraud investigation where a large sum of money was withdrawn from a victim’s bank account and multiple accounts opened in their name.

The Windsor police financial crimes unit launched a fraud investigation in June after it was reported the victim attended their bank after noticing their debit card wasn’t working. It was at this time the large quantity of fraudulent withdrawals were discovered.

Police say through investigation, officers learned the suspect was able to obtain a debit card attached to the victim’s bank account and withdraw the fraudulent funds. Multiple fraudulent accounts to businesses were also opened in the victim’s name.

Investigators have released a surveillance image of the suspect and are seeking the public’s assistance in identifying the wanted person.

The financial crimes unit continues to actively investigate the incident.

“The Windsor Police Service would like to remind the public to regularly check your financial records and to never give out personal information to unverified sources,” said a news release from police. “If you believe you have been a victim of fraud, please contact police.”

The Canadian Anti-Fraud Centre website offers information on current scans, and how to best protect yourself or to report an incident