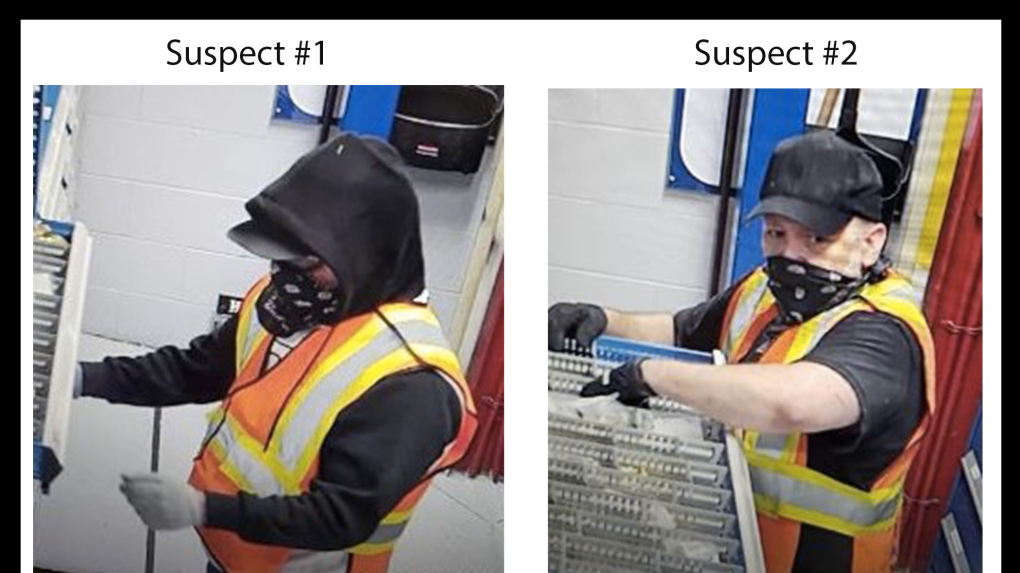 WINDSOR, ONT. -- Windsor police are looking to identify three suspects in a break and enter investigation who allegedly “ransacked and vandalized” a local business before stealing tools and a computer.

The Windsor Police Service Target Base Unit has released photos of two of the three suspects in the hope’s the public can assist in identifying them.

Officers attended a business in the 600 block of Sprucewood Avenue Saturday for a break and enter report. Police say between 2 p.m. Friday and 5 a.m. three male suspects forcibly entered the business through a side door.

Surveillance footage captured the image of two of suspects.

Police say the suspects ravaged and damaged the interior of the establishment and made away with several items including tools and a portable computer.

Suspect number one is described as a white man wearing a black sweatshirt with a hood, a black face mask and white gloves.

An image of the third suspect is not available at this time, police say.

The Target Base Unit is actively investigating, and asks anyone in the neighbourhood with surveillance cameras to check their footage for any possible evidence including suspicious activities or people before and after the time of the incident.