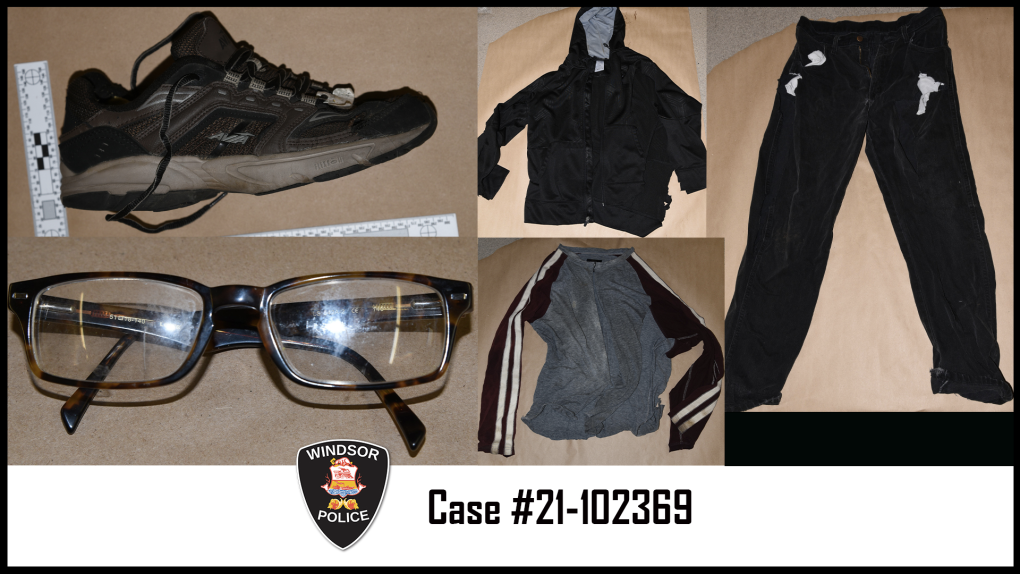 Windsor police are seeking the identity of a deceased man who was last wearing these articles of clothing. (Courtesy Windsor Police Service)
Windsor, Ont. -

The Windsor Police Service Major Crime Unit is hoping the public can help to identify a deceased man who passed away after being taken to the hospital on Monday.

Patrol officers attended the area of Dougall and Victoria Avenues around 5 a.m. to assist emergency personnel.

The man was transported to the hospital where life-saving measures continued, but he passed away.

Police say the man was found without any ID, and investigators are looking for any information that may help to identify him.

The man was wearing black jeans, a black sweater with hoodie with a grey and burgundy long sleeve underneath, black t-shirt underneath that, size 9 AVIA running shoes and prescription glasses.

Police released a photo of the clothes he was wearing at the time.

The man’s death is not believed to be suspicious.

Investigators are asking anyone who may recognize the clothes or have any information to contact police.

Anyone in the area with surveillance are also asked to check their footage for possible evidence.