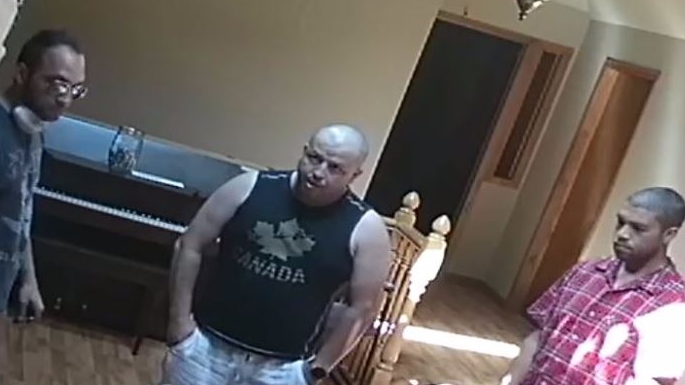 Surveillance photo of three suspects police are in search of and believed to be involved in a home invasion. (courtesy Windsor Police Services)

WINDSOR, ONT. -- Windsor police are investigating what they believe to be a targeted home invasion.

The Windsor police major crimes branch is now investigating after patrol officers responded to a reported robbery around 11 a.m. Tuesday in 3900 block of Riberdy Road.

Police say it was reported that three men entered the residence and an adult man was assaulted during the incident and property belonging to the victim was stolen.

The scene was processed by the Forensic Identification Unit.

Police obtained surveillance footage and investigators are seeking any information that may help in identifying the three suspects.

Officers believe the incident was targeted, and they continue to actively investigate.