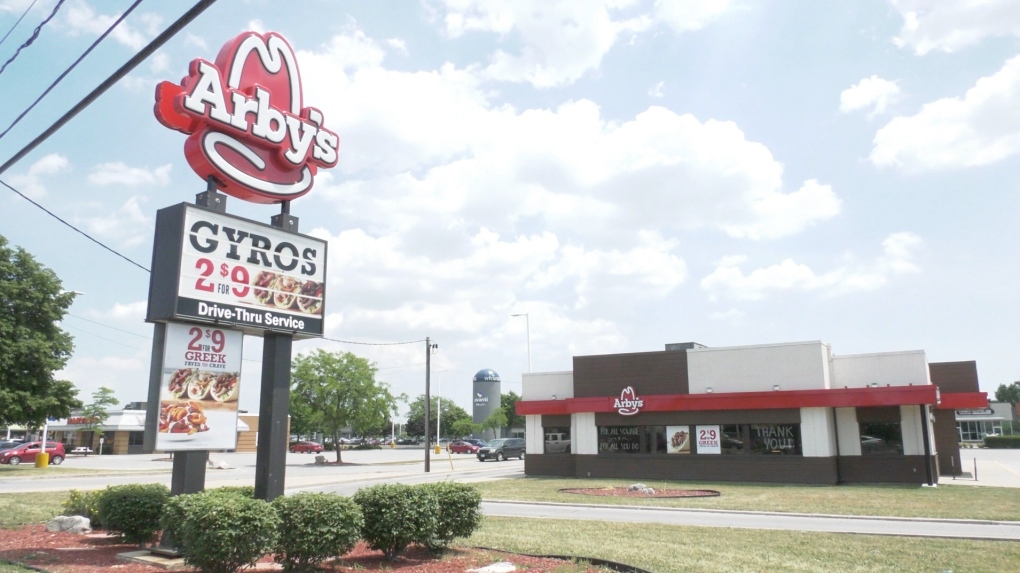 WINDSOR, ONT. -- After an internal review, a Windsor police officer is facing allegations of misconduct under the Police Service Act related to an incident at an Arby’s drive-thru last summer.

The allegations against Const. Tim Kettlewell are currently before a hearing officer, pursuant to the Police Services Act, Windsor police said in an email to CTV News.

Since the matter is before a tribunal, the police will not be providing any further comment.

James Laughton Enterprises, which operates an Arby's local restaurant at 6807 Tecumseh Road in Windsor, filed a $600,000 lawsuit against the Windsor Police Services Board and two officers in August of 2020.

The lawsuit relates to an incident on June 19, when Kettlewell, who was off-duty, posted an image to his personal Facebook page sent to him by an on-duty colleague, who claimed he had been denied service at a Windsor Arby’s restaurant by two employees who took a knee – a gesture of protest as seen through the anti-police brutality and Black Lives Matter movement.

A news release issued by Windsor police on June 22 indicated that the officer's posting on social media was false and that the conduct of the off duty officer was under internal review for implying, "in his post that this Arby’s restaurant should not count on the off-duty police officer responding to their location should they need it."