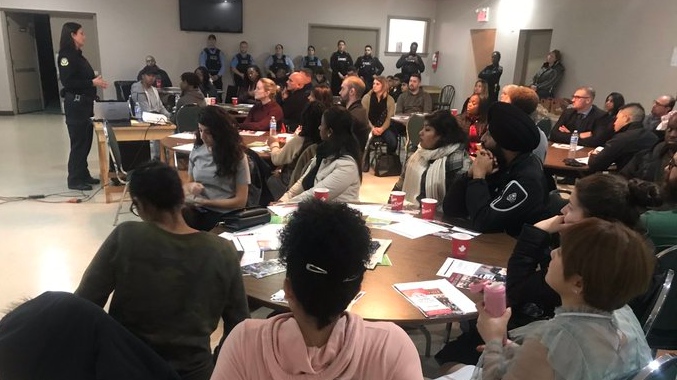 WINDSOR -- The Windsor Police Service wants to improve its diversity.

The latest census from 2018 shows Windsor police have some work to do, to become more diverse.

The data shows nearly 84 per cent of sworn officers are men, while 71.2 per cent of civilian employees are women.

The report also shows only 3.3 per cent of police employees are of Arab descent, compared to eight per cent of the residents of Windsor, which is considered the fourth most diverse city in Canada.

He notes 40 per cent of new hires in the last five years have been racially diverse, but he admits they need more women on the force.

"Women are a big part of that diversity," says McEachrane. "We tried more outreach to let women know that we need more women in policing. We are quite a diverse community and we want to see that with our service."

Representatives from Canada Border Services and Corrections were also on hand to discuss career opportunities.