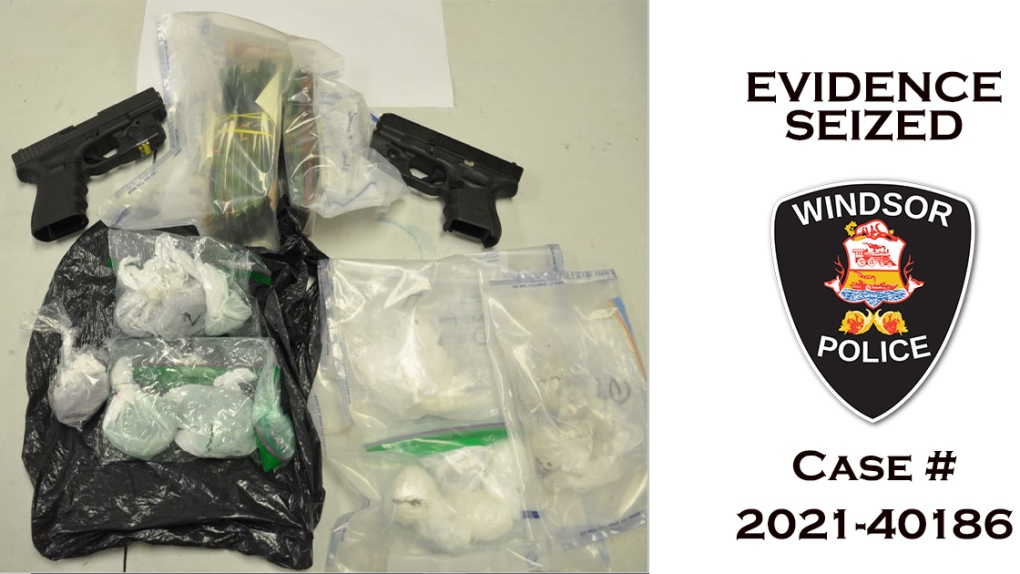 The Windsor Police Service Drugs and Guns (DIGS) Unit launched an investigation into suspected trafficking on drugs in May where investigators identified two suspects, two involved residences and a vehicle.

Two suspects were located on Friday around 1:45 p.m. They both fled from police on foot, but one was quickly arrested after a police dog found him. The second suspect was also located and arrested without incident.

Police say both suspects had firearms with overcapacity magazines and drugs on them at the time of their arrests.

Officers executed search warrants at residences in the 200 block of Belleview Avenue and the 700 block of Pierre Avenue.

Police found and seized a large quantity of cash, around 328 grams and fentanyl and 138 grams of cocaine during the investigation.