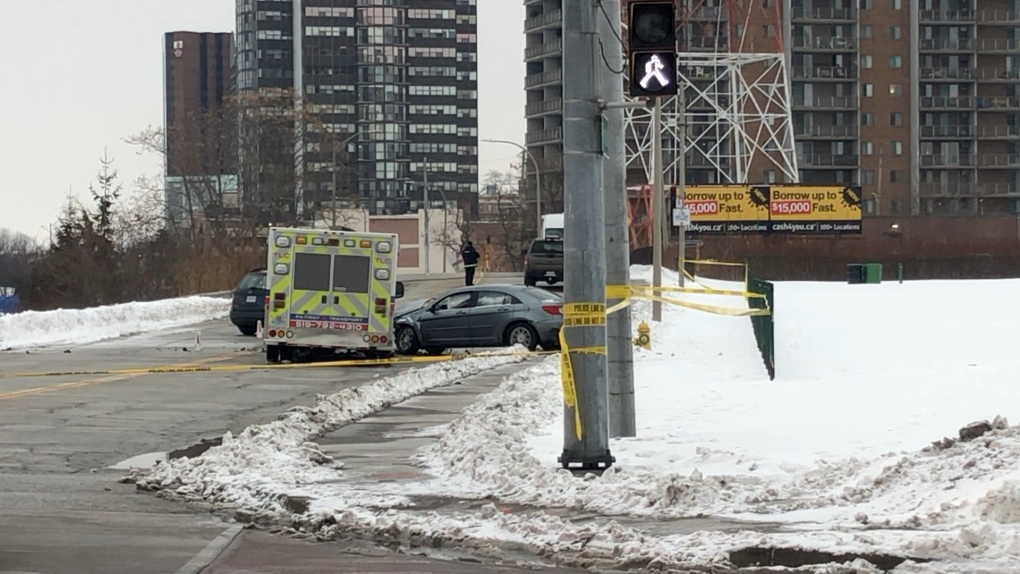 WINDSOR, ONT. -- Windsor police believe speed was a factor in a three-vehicle collision on Riverside Drive that sent several people to the hospital Thursday morning.

Police say officers responded to Riverside and Crawford Avenue around 9:30 a.m. for the crash. A patient transport vehicle, a blue Kia and a grey Sebring had all been damaged during the incident.

Police say there was no patient inside the transport vehicle at the time.

The scene was held for several hours as the traffic unit investigated.

Police say it is believed speed was a factor as the Sebring was seen by witnesses travelling “at a high rate of speed prior to the collision.” The car was headed westbound on Riverside Drive West at the time of the crash.

Police are asking anyone with surveillance in the area that could have captured footage before the collision or the actual accident on camera to check for possible evidence.

Police say before the collision there was also a report of a Sebring driving “erratically” in the area of Prince Road and Matchette Road.

There have been no charges laid at this time but the investigation remains active.