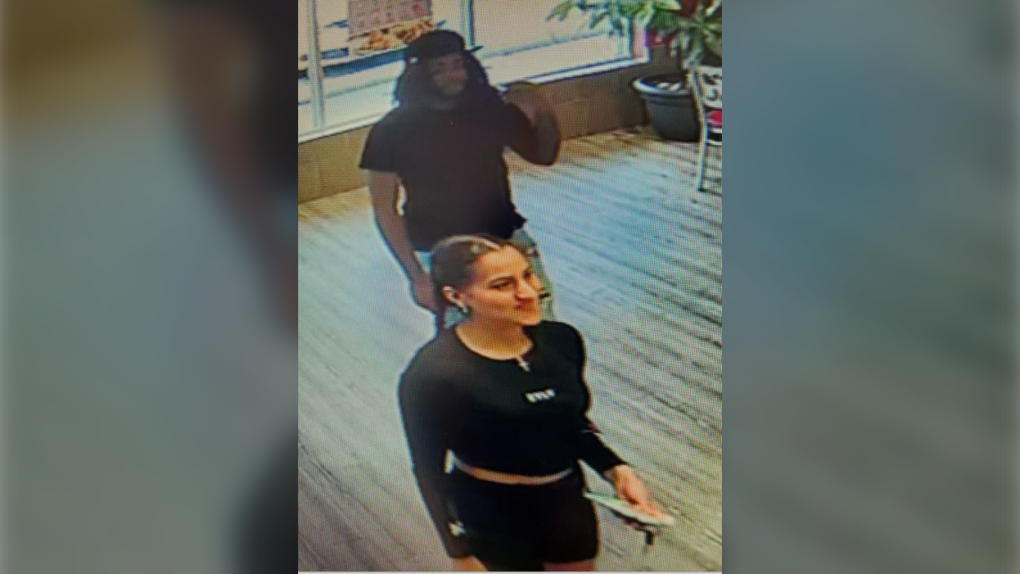 Windsor police are investigating a fraud report after a man and woman allegedly used counterfeit money at a local business.

Police attended a business in the 7000 block of Tecumseh Road East Tuesday after it was reported the two suspects made three separate transactions, using a phony $50 bill each time.

Officers were able to gather video surveillance of the suspects and are now reaching out to the public for help identifying them.

Police believe the suspects are driving either a newer model Volkswagon Passat or Jetta.

The female suspect is described as either white or of Middle Eastern decent, 20-25-years-old, about 5’5” with long black hair in two French braids, wearing a spandex workout shirt and shorts, black socks, black shoes, earrings and a necklace.

Financial Crime is actively investigating and is asking anyone in the area with surveillance to check their footage for possible evidence.

Investigators are encouraging businesses to stay vigilant in making themselves aware of the details of currency, especially bills from the United States.

Police are asking any business that may have experience similar incidents to file a report.

CTV News has declared the Quebec Liberal Party (PLQ) will retain its official Opposition status, and Party Leader Dominique Anglade has been re-elected.

The Iranian government's crackdown on protesters is likely to 'intensify' in the coming days, despite sanctions from Canada and international condemnation, an expert says.