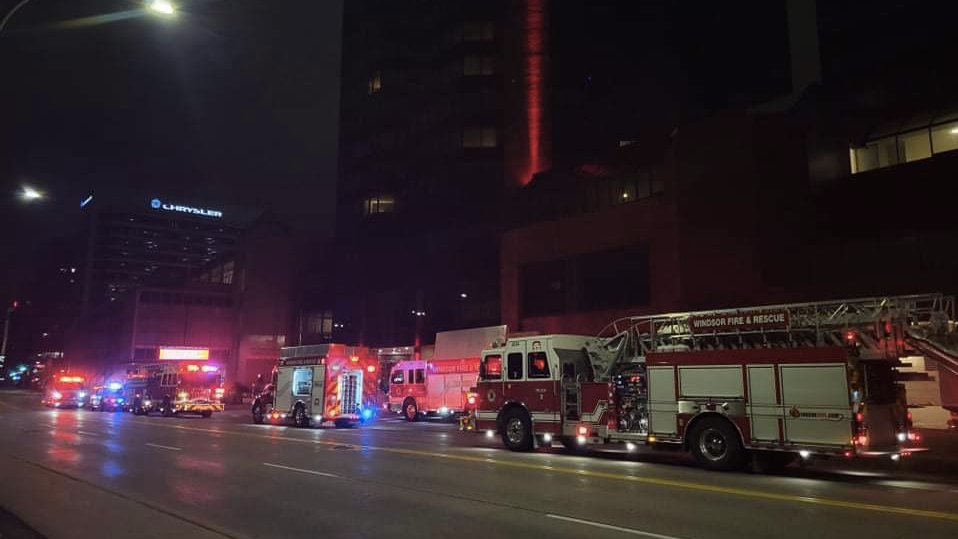 Police are investigating a hotel fire as an arson in the 200 block of Riverside Drive on Wednesday, Oct. 6, 2021. (Courtesy OnLocation)
Windsor, Ont. -

A 42-year-old woman is facing an arson charge in relation to a suspicious fire investigation at a Windsor hotel, police say.

The Windsor Police Service Arson Unit alongside Windsor Fire and Rescue and the Office of the Fire Marshal are investigating the incident.

Police say around 12:30 a.m. Wednesday officers responded to a hotel in the 200 block of Riverside Drive West for a report of a fire.

Several occupants of the hotel were displaced when police arrived, but the fire had been extinguished and there were no injuries.

Investigation determined the fire was suspicious in nature and a suspect identified.

Police have charged a 42-year-old Windsor woman with arson and two counts to comply with release order.