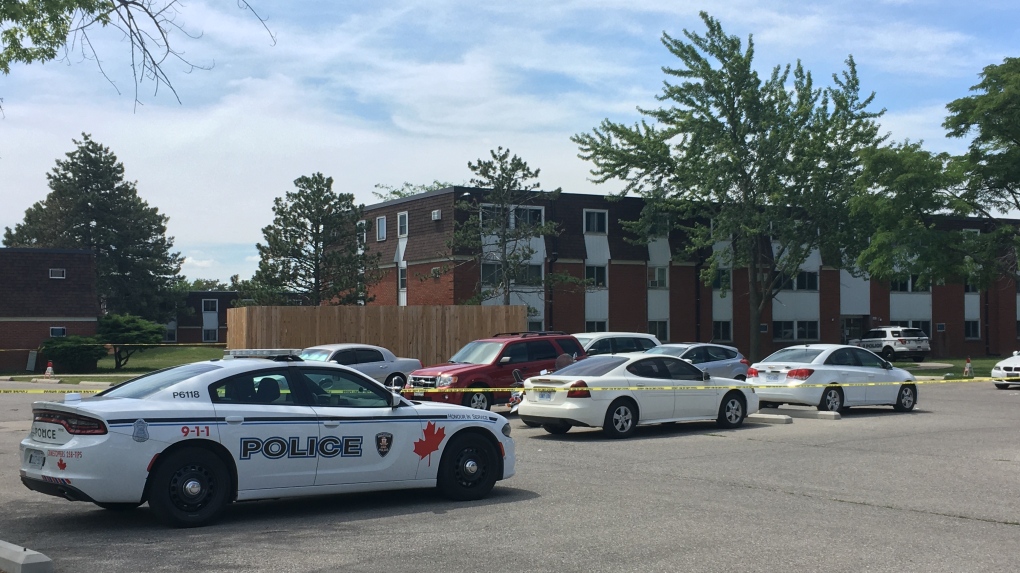 Windsor police attend the scene in the 2600 block of Sycamore Drive in Windsor, Ont. on Wednesday, June 16, 2021. (Gary Archibald/CTV Windsor)

WINDSOR, ONT. -- Windsor police are releasing the identity of a 20-year-old London man who was killed in a homicide on the city’s east side.

Officers responded to the 2600 block of Sycamore Drive for a report of a possible fight on Tuesday at 10:30 p.m.

The victim has been identified as Mohammed Aldubaisi of London.

Officers say the victims and suspect were known to each other, and an interaction between the three turned violent — resulting in the murder.

The Windsor Police Service Major Crime Unit is continuing to actively investigate this homicide and seeking any further information or video surveillance footage that may assist with the investigation.