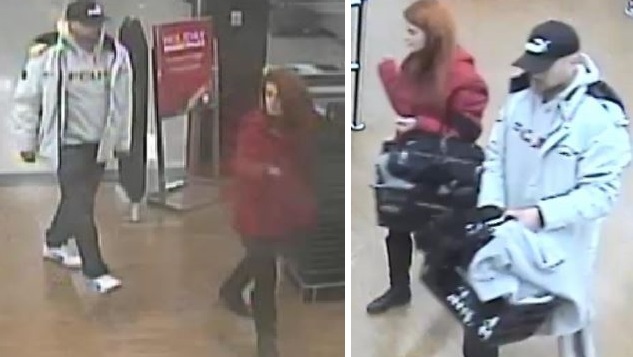 Windsor police are on the lookout for suspects involved in two knife point robberies on Dec. 17 and Dec. 18. (Courtesy Windsor Police Service)

WINDSOR -- Police have made an arrest and laid charges after two reported knife point robberies in Windsor.

Taylor Wright, 31, from Guelph is charged with six counts of robbery, two counts of possession of stolen property under $5,000 and a single charge of theft under $5,000.

The Windsor Police Service reports investigators allege the suspect is connected with a number of similar offences in Windsor over recent weeks.

In two separate incidents this week, police report a woman threatened employees with a knife as she was seen with a man leaving a store with unpaid for goods.

On Dec. 17, a woman was reported to have threatened an employee at a department store in the 4100 block of Walker Road with a “kitchen style” knife. On Dec. 18, police report a woman “brandished a knife in an aggressive manner” at a store in the 7200 block of Tecumseh Road East before fleeing in a silver Pontiac Sunfire.

In both instances, the woman was seen with a man.

Wright was arrested and charged on Friday.