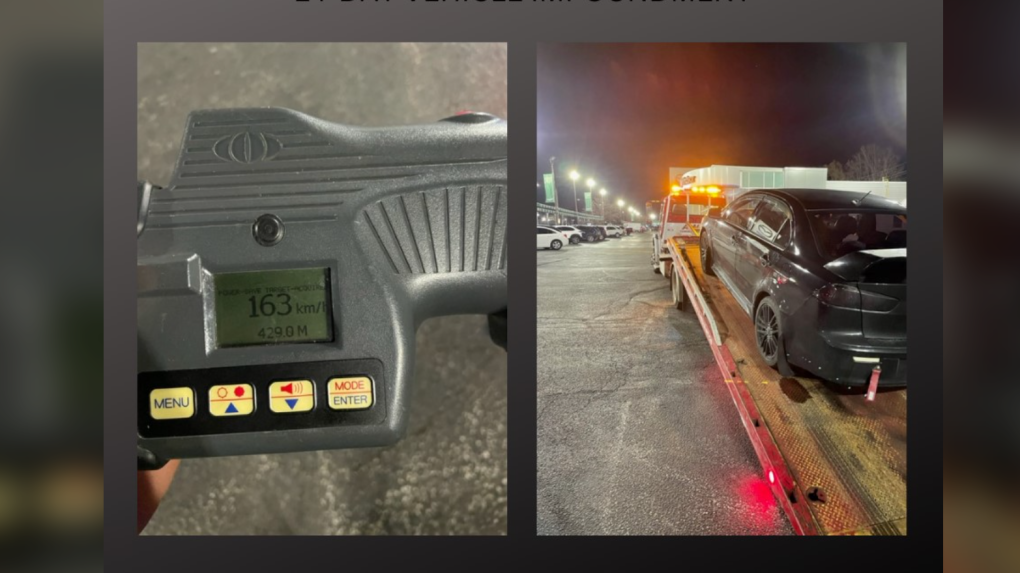 Windsor police issued more than 50 tickets during the service’s first RIDE program of the holiday season.

The Windsor Police Traffic Enforcement Unit was “out in full force” Friday night for the program.

Police say four vehicles were impounded for stunt driving, while one driver was arrested for impaired driving and more than 50 tickets were handed out.

Police say the driver charged with impaired faced an additional charge for stunt driving and was clocked speeding 134 km/h in a 100 km/h zone.

A senior government official says a Canadian military assessment team is on its way to Turkiye in the wake of a devastating earthquake that's killed thousands.

A Canadian-led study of a new potential antiviral therapy shows a single dose can cut the risk of hospitalization and death from COVID-19.

'There are no words': Laval daycare bus crash prompts outpouring of condolences on Parliament Hill