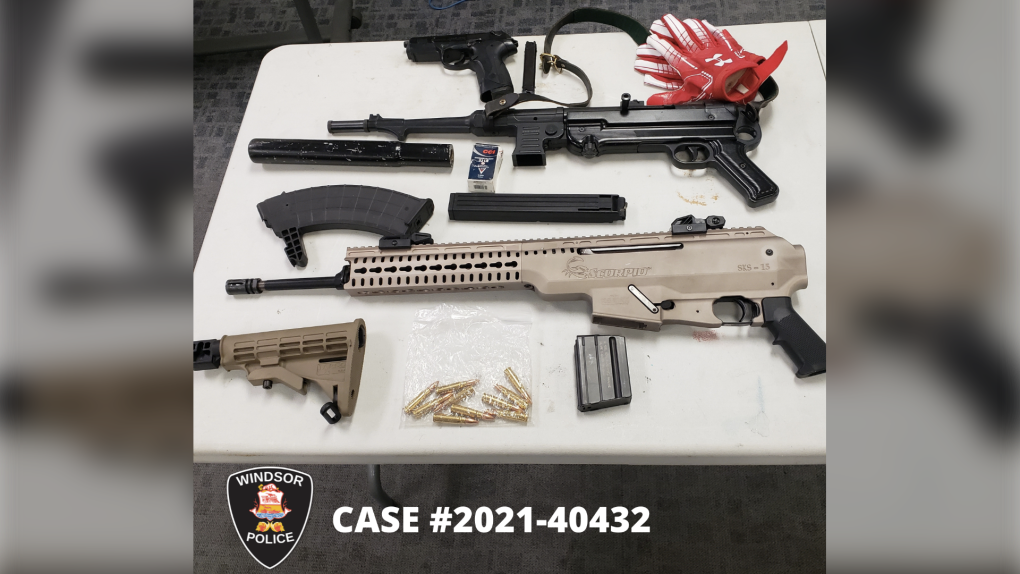 WINDSOR, ONT. -- A Windsor man and woman in their 20s are facing multiple weapons-related charges after police seized illegal guns, ammunition and a homemade silencer during a search.

The Windsor Police Service Drugs and Guns Unit launched an investigation in May to look into the suspected possession of illegal firearms in the city.

During the course of the investigation police identified two suspects and an involved residence.

Investigators applied for and carried out a search warrant on Wednesday in the 300 block of Pierre Avenue.

Members of the Emergency Services Unit executed the warrant around 9:15 p.m. and arrested the two suspects without incident.

Police have arrested a 24-year-old man and 27-year-old woman both from Windsor who are now facing a total of 11 combined charges including: