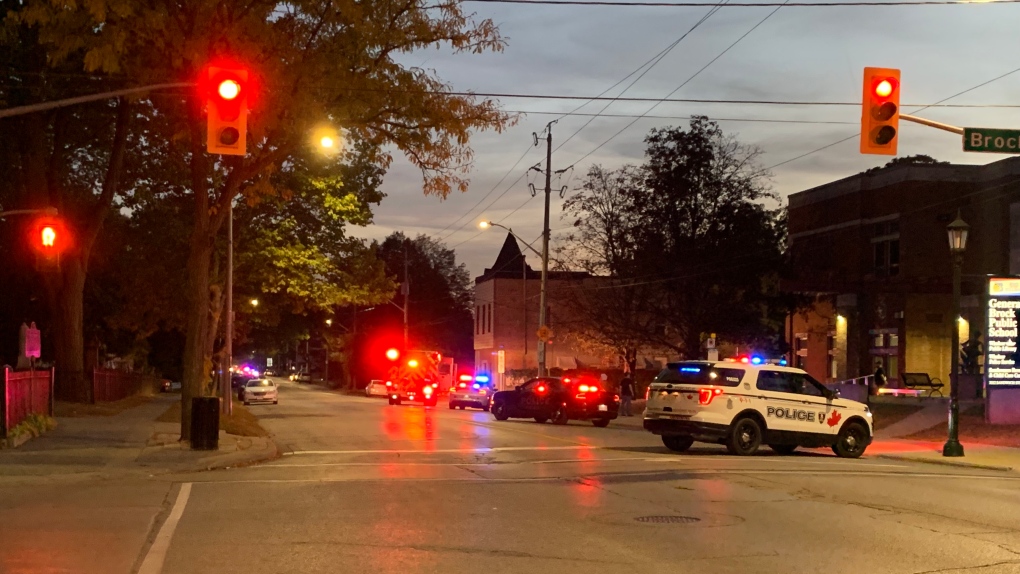 A 40-year-old man has been charged with arson after allegedly setting a police cruiser on fire Wednesday evening.

Police responded to a call from a resident around 7 p.m. about a police cruiser being intentionally set ablaze in the parking lot of the Windsor Police Service facility at 3312 Sandwich Street.

Witnesses told officers on scene they saw the suspect set fire to the car and pointed out the suspect. Police approached the suspect who was sitting in a parked car across the street.

Police say the man tried to drive off, but eventually complied with orders and was arrested without incident.

Ryan Lange of Windsor has been charged with arson and impaired operation of a vehicle by alcohol.

Police say no one was injured during the incident and there was no one inside the car at the time of the arson.

Windsor fire crews were called to the scene to put the fire out.