Windsor Poker Lotto winner plans to save for daughter’s education with $78,735 win 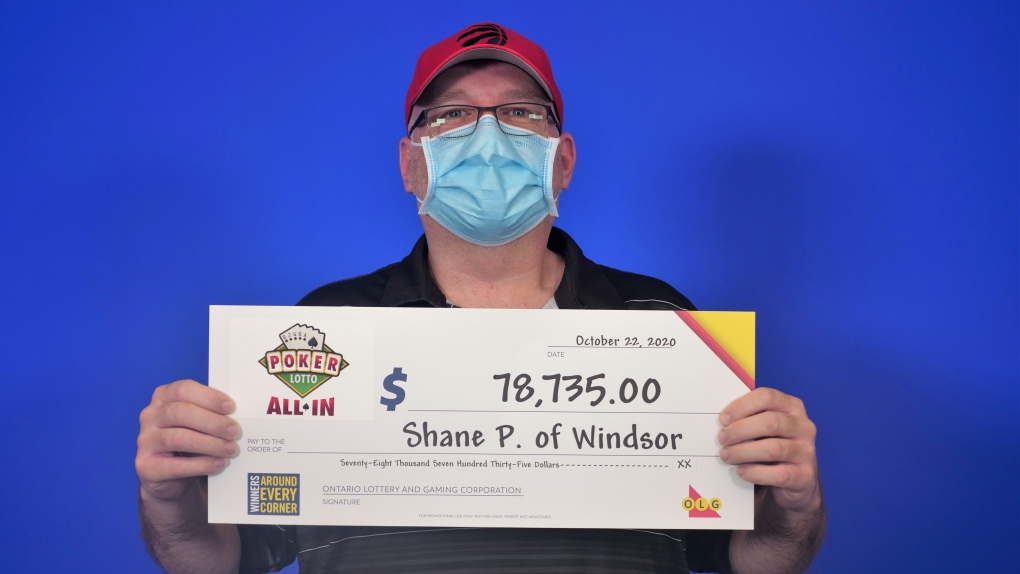 Lotto winner Shane Poisson of Windsor picking up his cheque at the OLG centre in Toronto, Ont. (courtesy OLG)

WINDSOR, ONT. -- A Windsor father who went “all in” on a Poker Lotto ticket says he was shaking when he told his wife he won more than $78,000.

“I was speechless when I saw the winning hand appear on the screen,” he shared while at the OLG Prize Centre in Toronto to pick up his winnings. “It’s a night I’ll never forget.”

Poisson said he walked outside to tell his wife the good news and he was shaking.

Poisson told OLG he plans to pay bills and save for his daughter’s education with his winnings as well as do something special for the members of the optimists club he runs.

“I also run an optimists club for teens and plan to purchase shirts for the club members so they can continue their wonderful work in the community,” he said. “It’s all about them.”

Poker Lotto players can opt for an “All In” for an extra dollar to take a chance at instantly winning a jackpot starting at $10,000 which grows until it is won.

Poisson picked up his lucky ticket at Mac’s on Forest Glade Drive in Windsor.