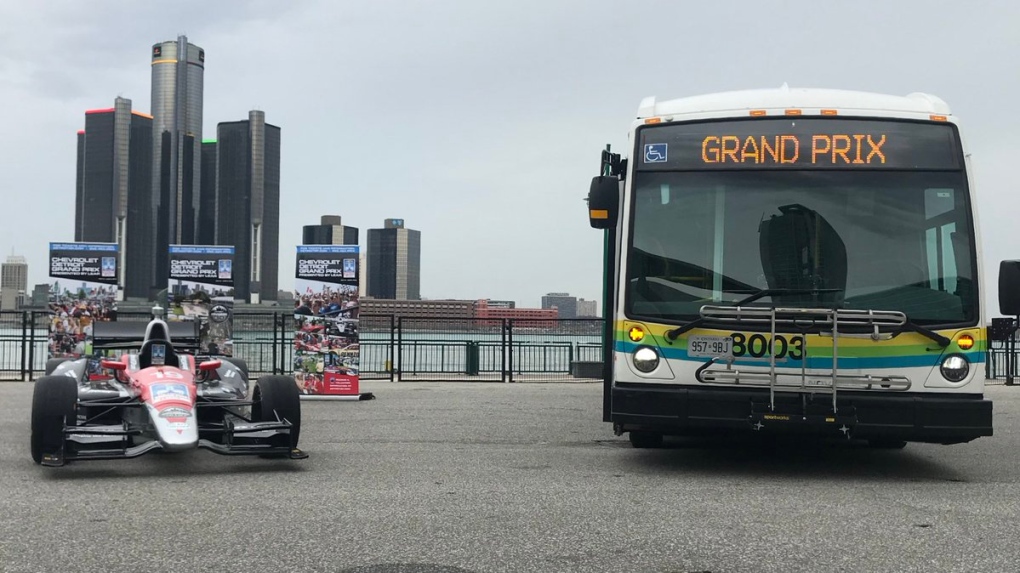 The City of Windsor has renewed its partnership with the Detroit Grand Prix for the 2019 race. ( Rich Garton / CTV Windsor )

The City of Windsor has renewed its partnership with the Detroit Grand Prix.

The $50,000 partnership gets the city access to the event, naming rights for the media centre, the Canadian grandstand and special ticket packages for Canadians.

The Canadian ticket packages include access to fan zones and round trip shuttle service to Belle Isle with Transit Windsor.

Grand Prix President Michael Montri says the set up this year is happening in a condensed window as part of its new permit on Belle Isle.

"This year, it's going to be 60 days. That includes the actual event,” says Montri. “So if you think of it, we're building a temporary stadium, and tearing it down in 60 days. So it's quite an achievement."

This is the tenth year the city has been a partner with the Grand Prix, which takes place May 31 to June 2.

.@IndyCar’s @SpencerPigot In #Windsor talking about the @detroitgp - hoping to turn his season around by then. He has 42 days! @CTVWindsor pic.twitter.com/ujTG3MBtEr

Ticket packages are now on sale and can be bought online or at Transit Windsor bus terminal.