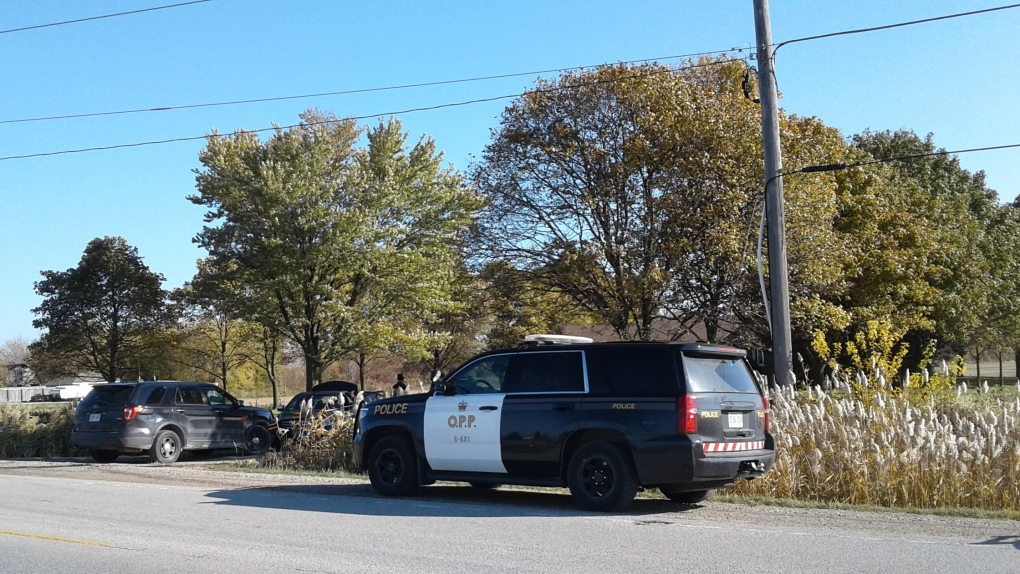 OPP officers responded to a break-in attempt at a home in Lakeshore, Ont. on Wednesday, Oct. 28 2020. (courtesy OPP)

WINDSOR, ONT. -- A man and woman from Windsor are facing charges after allegedly attempting to break into a Lakeshore home.

OPP say officers responded to the report of a residential break and enter in progress Wednesday around 10:40 a.m. in the 1800 block of Manning Road.

Police received a 911 call from a resident saying two people had pulled into the driveway and were currently breaking into their home.

Officers found a vehicle in the driveway and saw a suspect running from the house when they arrived on scene.

Police say as officers went to arrest the suspects the pair got in their vehicle and tried to flee, instead striking the officers’ cruiser.

More officers arrived at the scene and the two adults were taken into custody shortly after.

Windsor man Donald Jenkinson, 38, is facing charges of break and enter with intent to commit an indictable offence, possession of break in instruments, and possession of a schedule 1 substance for the purpose of trafficking

Michele Laliberty, 30-years-old of Windsor has been charged with break and enter with intent to commit an indictable offence, possession of break in instruments, and possession of a schedule 1 substance for the purpose of trafficking, dangerous operation of a motor vehicle and mischief of $5,000.

Both are scheduled to appear in the Ontario Court of Justice in December.