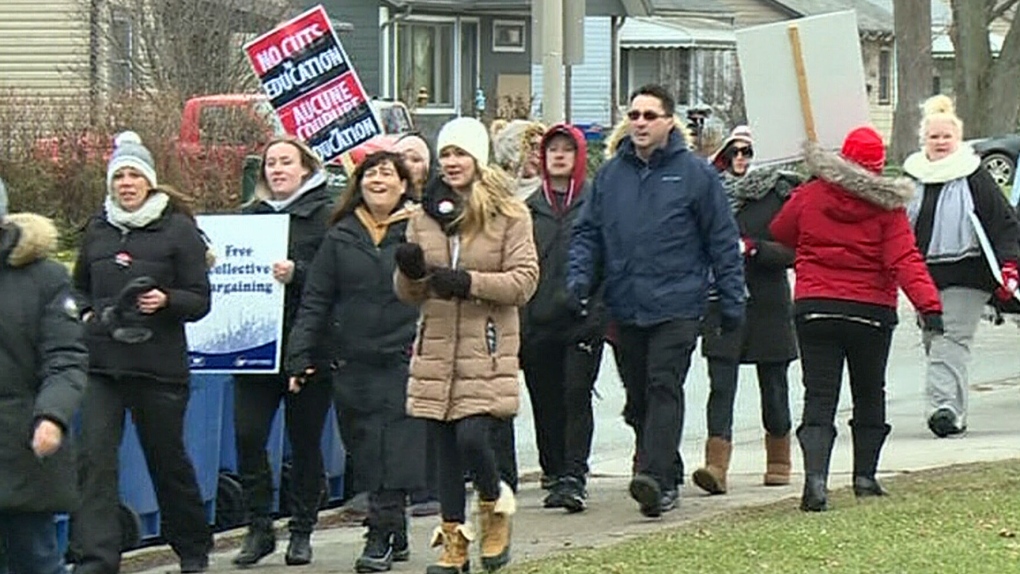 TORONTO -- High school teachers in 10 school boards across Ontario will hold a one-day strike next week -- the third in a series of strikes amid contract talks.

Members in other boards will hold information pickets in front of schools and provincial politicians' offices.

Union president Harvey Bischof says there has been no progress in talks with the government since the last day of bargaining on Dec. 3.

Education Minister Stephen Lecce has said compensation is a key issue at the table, with high school teachers asking for a roughly two per cent increase and the government offering one per cent, as per the legislation.

The boards affected by the upcoming Dec. 18 strike are:

This report by The Canadian Press was first published Dec. 13, 2019.